Protest organizers said that students and staff returning to campus from summer break will be met with lead levels 75x higher than what the Environmental Protection Agency defines as a hazardous threshold due to a neighboring metal recycler.

LOS ANGELES - On Monday, students, parents, and community leaders in Watts started the 2022-23 school year by protesting outside Jordan High School in Watts because they deem the school as "toxic" and unsafe due to elevated lead levels as a result of a recycling center nearby. 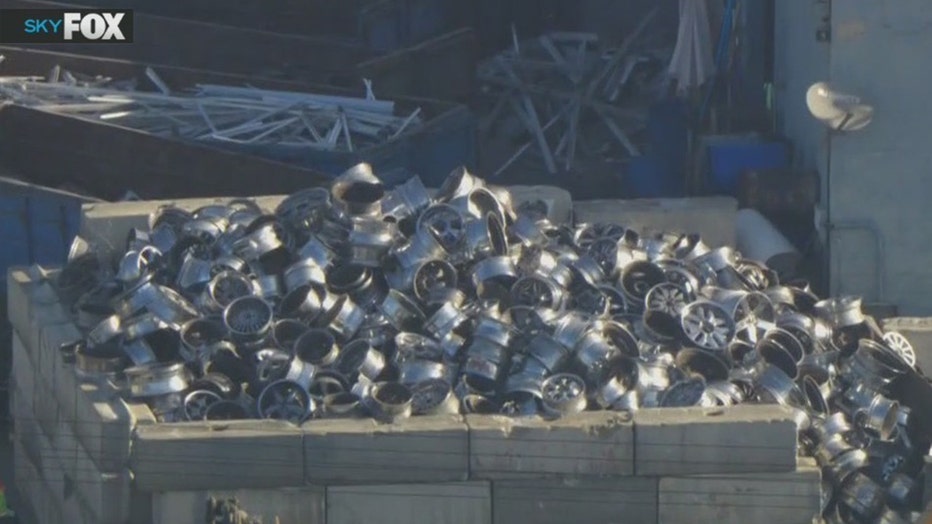 At the end of the previous school year, 100 students at the South Los Angeles school sent a letter to city leaders and demanded that they take action to make the school safe for students and staff. They also reached out to regulators including the Department of Toxic Substances Control, the Environmental Protection Agency (EPA) and the Los Angeles Departments of Public Health and Building Safety.

In a press release, protesters said when students and staff return to campus Monday, they "will be met with lead levels 75x higher than what the EPA defines as a hazardous threshold." In addition, they alleged metal shrapnel has been launched over the fence and onto campus grounds.

"Students at Jordan High School deserve a learning environment free from fear of toxic substances and potential projectiles that can affect their health, safety, and learning. I am grateful to our community advocates for amplifying public pressure on this unsafe situation as school begins today."