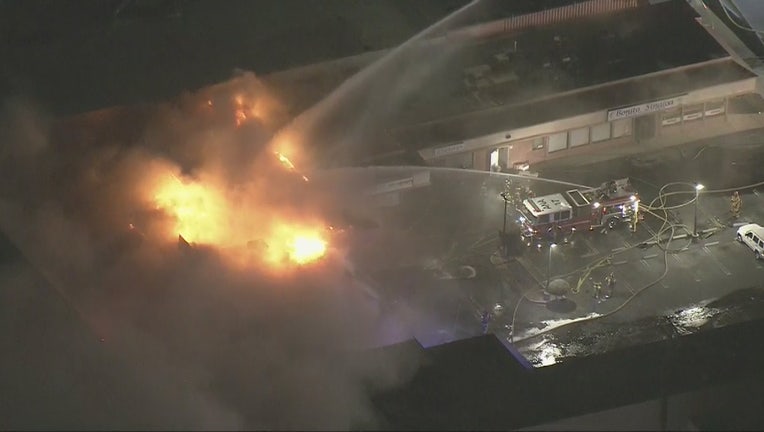 The fire ignited on the 800 block of North Euclid Street, located between Orange Avenue and Ball Road at about 10 p.m. Monday.

Fire crews aggressively worked to contain the fire that quickly grew to a three-alarm structure fire that resulted in a roof collapse, officials said.