Firefighters were working to knock down a fire that erupted at a strip mall in Downey on the morning of March 17.

DOWNEY, Calif. - Firefighters knocked down a fire that broke out at a strip mall in Downey on Thursday morning.

The fire erupted in the 8200 block of Firestone Boulevard around 6 a.m.

SkyFOX flew over the scene and showed active flames and a partial roof collapse of the 20/20 Draft House.

Firefighters were working to prevent the fire from spreading to nearby businesses, including another bar and a CrossFit gym. 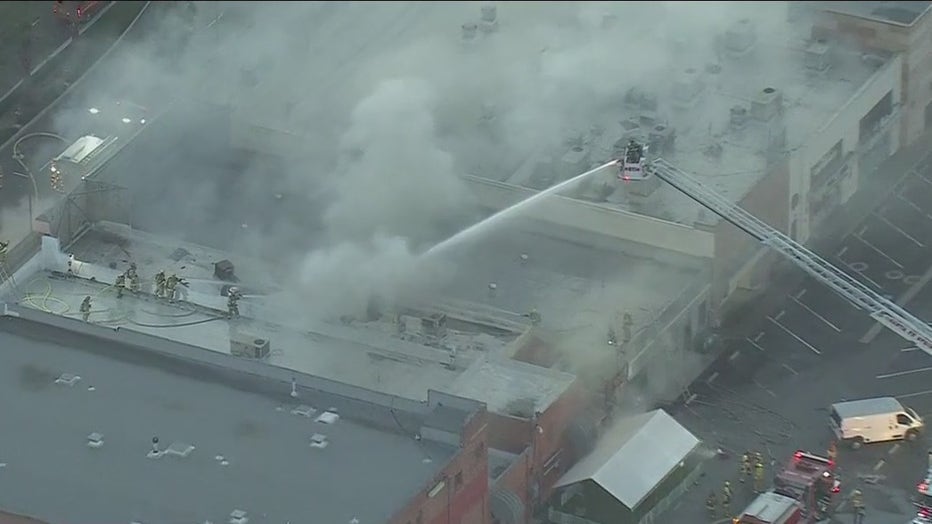 Los Angeles County and Downey City firefighters were at the scene.

A Downey firefighter was taken to a hospital for minor injuries.