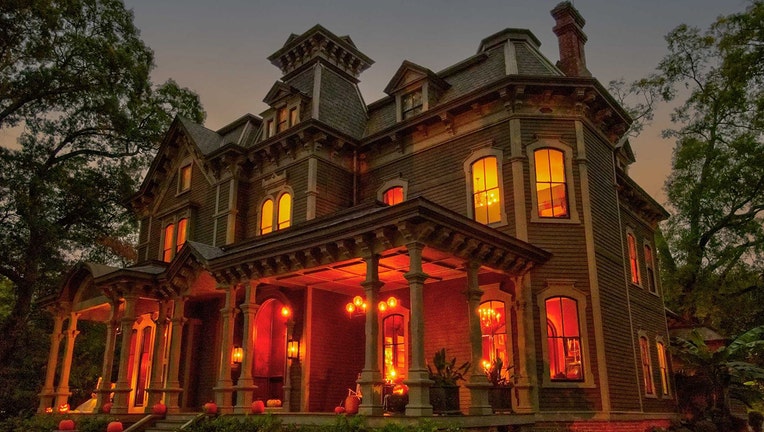 The iconic "Creel House" from the Netflix hit series "Stranger Things" has hit the market in Georgia, where much of the show was actually filmed.

The 6,000-square-foot home, located at 906 East 2nd Avenue in Rome, Georgia, was originally constructed in 1882, the listing from Toles, Temple & Wright says.

The house sold for $350,000 back in 2019, according to TMZ, but after the owners restored it to its "original grandeur" with its elaborate Victorian architecture, it is now listed for $1.5 million.

In the show, it was the childhood home of Henry Creel, and the beauty of the interior could be seen through a series of flashbacks to the 1950s while it appeared dilapidated and abandoned in the shows 1980s setting. The house eventually becomes the major scene through the finale, as the group goes into the Upside Down in an effort to kill Vecna, the main antagonist of the season, whose lair is in the attic of the home.

"You will recognize much of what has been prominently featured in the show’s fourth season," the listing begins, "including the majestic formal dining room where telekinesis is no longer practiced during meals; an adjoining parlor, perfect for playing Dungeons and Dragons; and a living room ideal for hosting meetings of the Hellfire Club."

But despite the "dramatic makeover" for the show, the listing shows how many original details of the 140-year-old home remain, including handcrafted built-in bookshelves, an antique wall safe, and even a cast iron urinal.

The home, which includes a guest house, has seven bedrooms and seven bathrooms, and an attic that is described as an unfinished third floor.

"Not to worry, the previous resident of the third floor has since been relocated by a single exterminator — we think," the listing says.

The house sits on a one-acre lot, where prospective buyers are warned not to be surprised if they find "some residual demogorgons skulking about the property."

Offers will be accepted on the home through the end of November.

The listing concludes, "Time is of the essence. So if you’re thinking about running up that hill to make the deal to become the next owners of this magnificent dwelling, don’t let the grandfather clock chime even once."