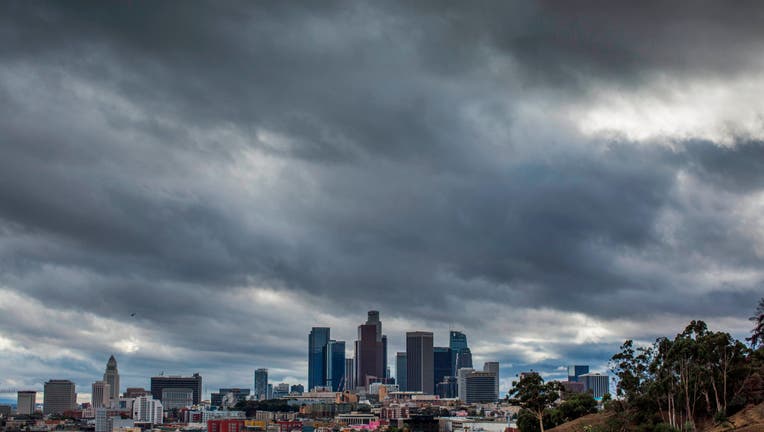 LOS ANGELES - A storm from Canada will bring Southland showers Monday morning and is expected to trigger winter-weather conditions in the San Gabriel Mountains, the National Weather Service reported.

In addition to Monday morning's one-and-off showers, there's a chance of showers Monday afternoon, said National Weather Service meteorologist Todd Hall. Tuesday should be mostly dry, ahead of another system Wednesday night into Thursday. That system could drop snow on The Grapevine Thursday morning, but snow will not affect the 5 Freeway, according to the NWS.

In the San Gabriel Mountains, a winter weather advisory, which denotes challenging traveling conditions, will be in effect until 1 p.m. Monday.

"Moderate snow accumulations are expected over the higher elevations, which will affect the higher mountain roads," according to an NWS statement. For now, "the snow will not affect Interstate 5."

Also expected in the mountains are southwest winds of 15-30 mph and 45-mph gusts, according to the NWS.   The heaviest snow will fall early today and until p.m, when the winter weather advisory will expire.