FOX 11 obtained the mugshot photo of the suspect arrested in a Victorville mall shooting that wounded a 9-year-old girl.

VICTORVILLE, Calif. - The co-owner of a high-end shoe store was arrested in Nevada and a third-grader is recovering at the hospital after shots were fired inside a mall in Victorville, officials said.

The San Bernardino County Sheriff’s Department said just before 6:30 p.m. Tuesday, they received multiple calls from people stating they heard gunshots inside the Mall of Victor Valley and that a child had been shot.

A woman told FOX 11 her 9-year-old granddaughter Ava Rose was getting ready to take pictures with the Easter bunny when the man opened fire, sending shoppers scrambling to safety and injuring the young girl.

Multiple agencies assisted in searching and clearing the mall. Deputies rendered aid to the young victim before she was taken to the Loma Linda University Medical Center for treatment.

Investigators revealed Wednesday that Marquel Cockrell, the co-owner of Sole Addicts, was chasing multiple alleged shoplifters out of the store when he fired multiple shots at them. He missed the intended targets, and instead, struck the young victim instead and ran from the scene.

The 20-year-old suspect was located by Nevada Highway Patrol officers around 9 p.m. and was taken into custody on an extraditable warrant for attempted murder. He was booked at the Clark County Jail and his bail was set at $1,000,000.

The victim continues to recover from her injuries sustained in the shooting. Her mother told FOX 11 she was in a lot of pain and does not understand why she can't return to school with her friends. Ava was released from the hospital Thursday; her right arm is shattered and there is nerve damage, so doctors plan to conduct surgery later, according to her family. 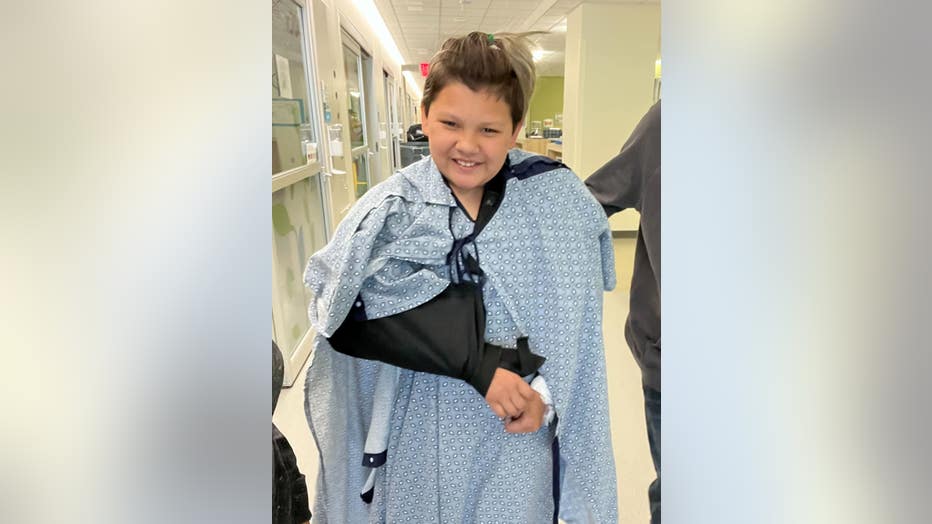 A GoFundMe has been set up to help with her medical expenses.

Anyone with information is asked to contact the Victorville PD at 760-241-2911 or the sheriff’s dispatch at 760-956-5001. Those who wish to remain anonymous can submit tips online.

Tuesday's shooting comes months after a different shooting was reported nearby, but not at the mall. The shooting on November 19, 2021, left one person dead and two others hurt at the time.

PREVIOUS COVERAGE: 1 dead, 2 others hurt in shooting near The Mall of Victor Valley

In December 2021, a 14-year-old girl was fatally hit by a stray bullet from police while shopping at a Burlington in North Hollywood.