SAN FRANCISCO - A California state audit has found that the University of California wrongly admitted at least 64 wealthy students over the past six years as “favors to donors, family, and friends.”

The California State Auditor also found in the audit released Tuesday that campus staff falsely designated 22 of the applicants as student-athlete recruits because of donations from or as favors to well-connected families.

One campus, the University of California, Berkeley, admitted 42 applicants through its regular admissions process based on connections to staff, leadership, and donors, but those applicants were not as qualified as others who were denied admission, the audit found. One applicant babysat for an undergraduate admissions officer; another applicant's family is friends with a regent. Another student was known to have been admitted with fraudulent test scores, prosecutors allege.

And yet another student was accepted into UC Berkeley as an athlete despite the coaches’ repeated assessment that the student lacked the talent to compete at the campus, the audit found. Once the student family made a large donation to the team, the coaches facilitated the applicant’s admission, according to the audit.

"That shows the integrity of the institution. You are denying people who worked hard to get into college over people who are trying to give you a big donation." 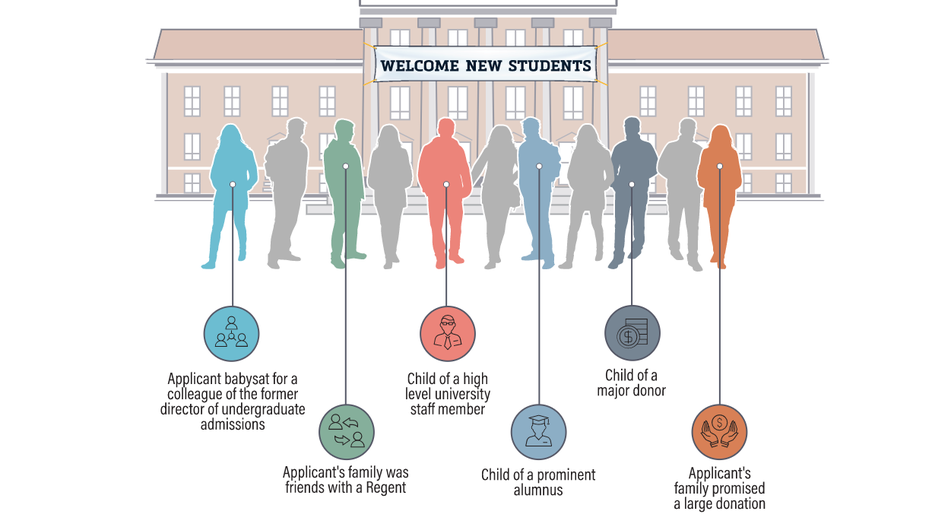 About half of this Cal applicants "received uncompetitive ratings" from application readers such that they were unlikely to be admitted to UC Berkeley without the referral they received from the development office. In fact, five of these applicants received the lowest possible rating from both of UC Berkeley’s application readers, the audit found.

Xavier Brown, who now attends UCLA, was disheartened about the audit.

"That shows the integrity of the institution," he told KTVU on Tuesday. "You are denying people who worked hard to get into college over people who are trying to give you a big donation."

The audit was conducted in response to the national college admissions scandal last year that embroiled prestigious universities around the country, athletic coaches and dozens of wealthy parents. Those investigations previously identified at least three students at UCLA and UC Berkeley who were improperly admitted.

Some of the allegations have turned criminal.

UCLA men’s soccer coach Jorge Salcedo was indicted on charges of racketeering conspiracy for allegedly accepting $200,000 in bribes from the scheme’s mastermind, Rick Singer, in exchange for helping two students gain admission to the school as soccer players, though they didn’t play the sport competitively. Salcedo pleaded guilty to one count and is expected to be sentenced next month.

David Sidoo, a Canadian businessman and former professional football player, pleaded guilty to one charge of mail fraud conspiracy for paying Singer to fix entrance exams for his two sons. The younger of the two, Jordan Sidoo, attended UC Berkeley. David Sidoo was sentenced to three months in prison this summer. 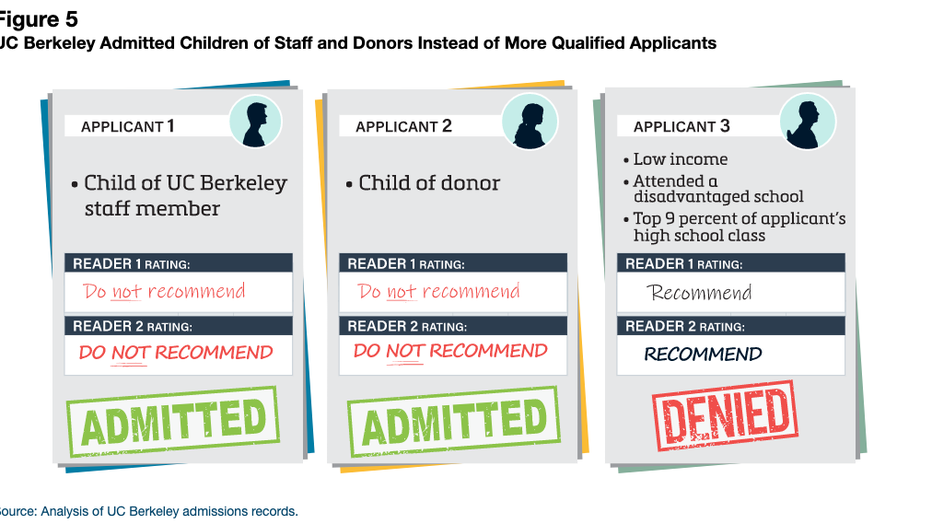 Then-UC President Janet Napolitano ordered an internal investigation of all UC campuses that resulted in a sweeping list of recommendations aimed at better policing of fraud and conflicts of interest in student admissions. It called for stronger verification of claims on students’ applications, reviews of potential links between donors and applicants and stricter scrutiny of students admitted for special talents, such as athletes and artists.

“The Office of the President has allowed weaknesses to persist for years and has not ensured the admissions policies and processes have been consistently and fairly applied from campus to campus,” the audit said, and the president’s office does not monitor or review admission practices across campuses.

She also recommended that the president require campuses to verify athletic talent and review donation records before admitting prospective student-athletes.

The new UC president, Dr. Michael Drake, responded that the system will take "prompt action" to address the issues raised in the report, adding that many of the suggestions have already been implemented.

"I have zero tolerance on matters of integrity," Drake wrote in response. "And will do everything I can to ensure inappropriate admissions do not happen on any of our campuses."

KTVU's Lisa Fernandez and Rob Roth contributed to this report.