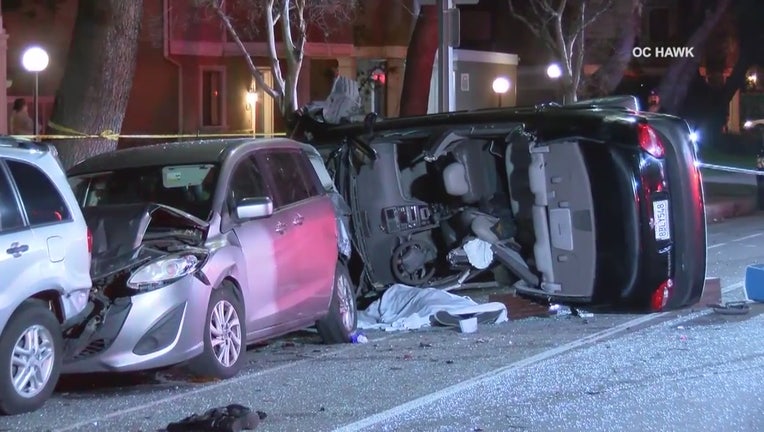 GRANADA HILLS, Calif. - A motorist was killed and his passenger suffered severe injuries during a collision in Granada Hills, police said.

The crash occurred at 12:40 a.m. in the area of Woodley Avenue and Chatsworth Street, according to a watch commander at the Los Angeles Police Department's Valley Traffic Division.

A Nissan Sentra was speeding when it crashed into several parked vehicles and flipped over, officials said.

The driver was pronounced dead at the scene and paramedics rushed the female passenger to an area hospital with severe injuries.

The name of the driver will be released pending notification of next of kin, according to the Los Angeles County coroner's office.