RIVERSIDE, Calif. - Animal services authorities are looking for the person who fatally wounded one of inland Southern California’s wild burros with an arrow.

Photos show that the arrow struck with sufficient force to penetrate all the way through the animal’s belly and out the other side. 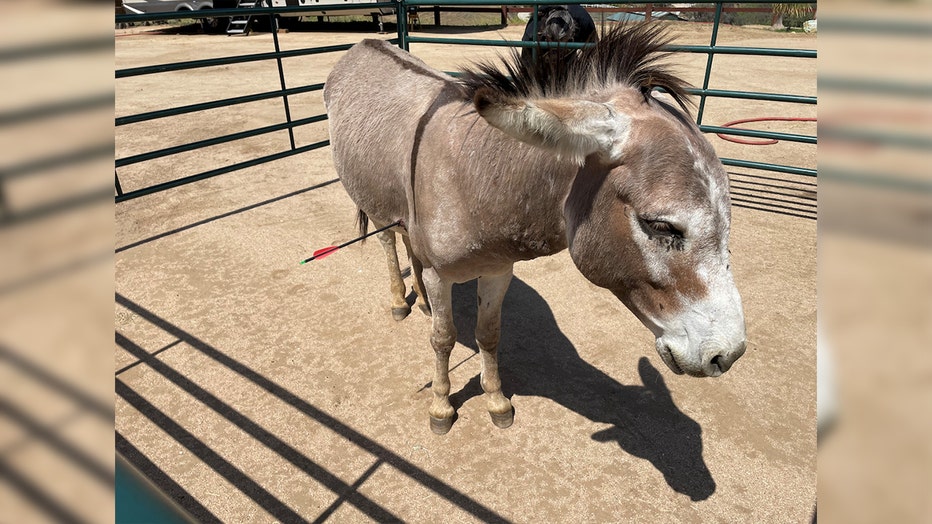 The burro was transported to an equine hospital but lifesaving measures were unsuccessful, the agency said in a statement.

The arrow was given to the Riverside County Sheriff’s Department in hope that a fingerprint or some other information might help the investigation.

"This is highly disturbing that someone would purposely harm a defenseless animal and cause its death," Animal Services Director Erin Gettis said. "If anyone has any helpful information, we urge them to contact us as we pursue felony animal cruelty charges."

A burro was wounded in a similar incident in July 2018 but in that case veterinarians were able to save the animal and it was released back into the wild.