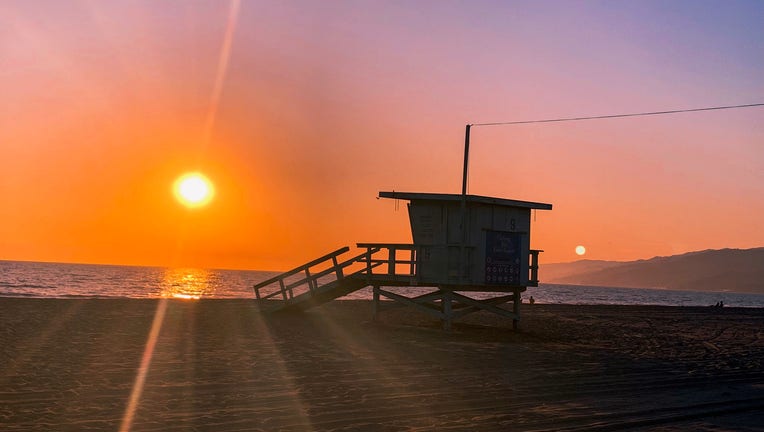 The latest forecast for the greater Los Angeles area, including beaches, valleys, and desert regions.

"We might get close," National Weather Service meteorologist Dave Bruno said when asked about record highs. The candidates, he said, include LAX, Downtown L.A., Burbank and Long Beach.

"We're getting close," added meteorologist Miguel Miller at the NWS office in San Diego, where Orange County conditions are forecast. 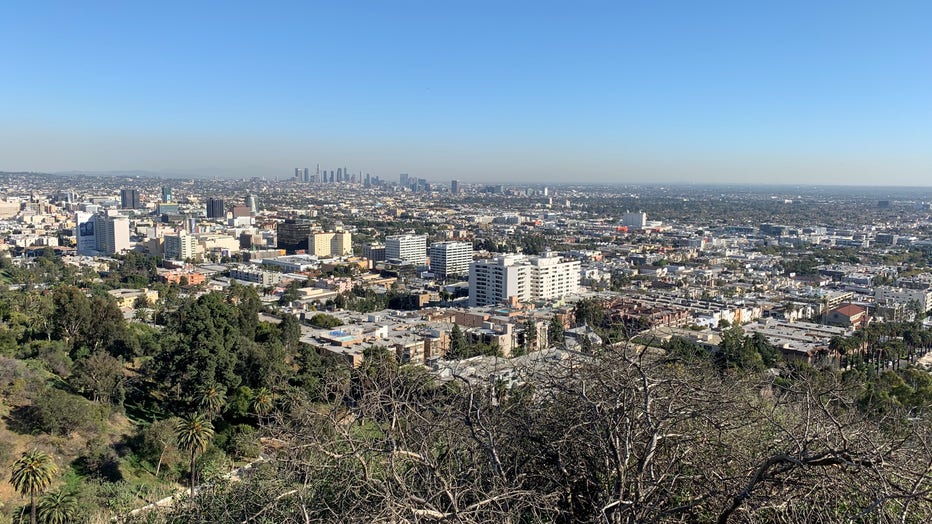 "High pressure and offshore flow will bring dry weather with well above-normal temperatures to southwestern California through Friday," according to a National Weather Service statement. "It will be much cooler Saturday as onshore flow returns," replacing the strong offshore winds the region has been experiencing. "There will be further cooling with a chance of showers Sunday into Monday as low pressure moves into the area. Dry and slightly warmer weather is expected for Tuesday."

The week's above-average temperatures resulted from a ridge of high pressure aloft combined with Santa Ana winds, which are now coming to an end.

In Orange County, highs will reach around 20 degrees above normal in a number of communities, Miguel said.

Warm temperatures during Southland winters are not unheard of, Bruno said, although how quickly the weather will turn is a little unusual, he added, noting that Sunday's highs, amid rain, will be up to 24 degrees lower. At the same time, the snow level could drop to around 3,000 feet Sunday, he said.

The impending storm is now in the gulf of Alaska, Bruno said. It will make its way to southwestern Canada Friday night, then drop down the coast, striking the Southland Sunday.

The NWS forecast partly cloudy skies today and above-normal highs, including 72 degrees on Mount Wilson; 76 in Palmdale and Lancaster; 79 in Avalon; 81 in Saugus; 82 at LAX; 85 in Burbank; 86 in Downtown L.A., San Gabriel and Woodland Hills; 87 in Pasadena and Long Beach. Friday's highs will be 3-4 degrees lower, then dip another 11 degrees or so Saturday, then about another 10 degrees on Sunday, when rain is in the forecast. Monday's highs will be 4-5 degrees higher amid sunny skies.

Sunny skies were also forecast in Orange County today, along with highs of 65 on Santiago Peak; 74 in Laguna Beach and San Clemente; 75 in Newport Beach; 76 on Ortega Highway at 2,600 feet; 83 in Fremont Canyon; 85 in Trabuco Canyon and Mission Viejo; 88 in Yorba Linda and Irvine; and 90 in Fullerton and Anaheim. By Sunday, Fullerton and Anaheim will have highs of only 64.