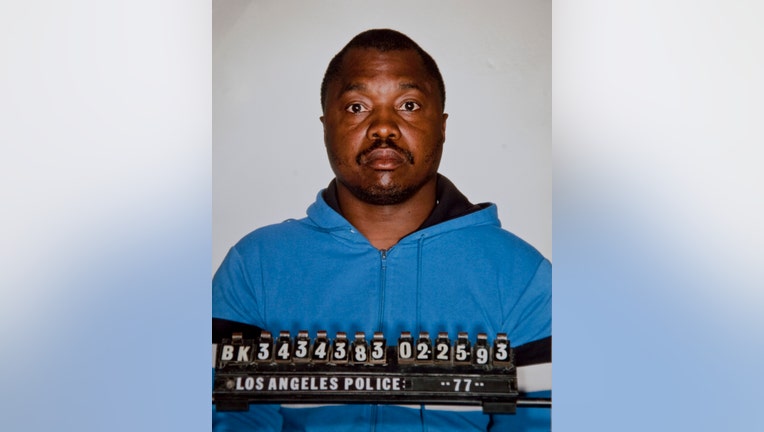 LOS ANGELES - Lonnie David Franklin Jr., who killed at least 10 people between 1985 and 2007 -- mainly in the South Los Angeles area -- has died at the age of 67, officials at San Quentin State Prison said Sunday.

Franklin, who was sentenced to death in Los Angeles in 2016, was found unresponsive in his cell at about 7:20 p.m. Saturday.

"Medical assistance was rendered and an ambulance was summoned. Franklin was pronounced deceased at 7:43 p.m. His cause of death is pending the results of an autopsy; however, there were no signs of trauma,'' prison officials said. 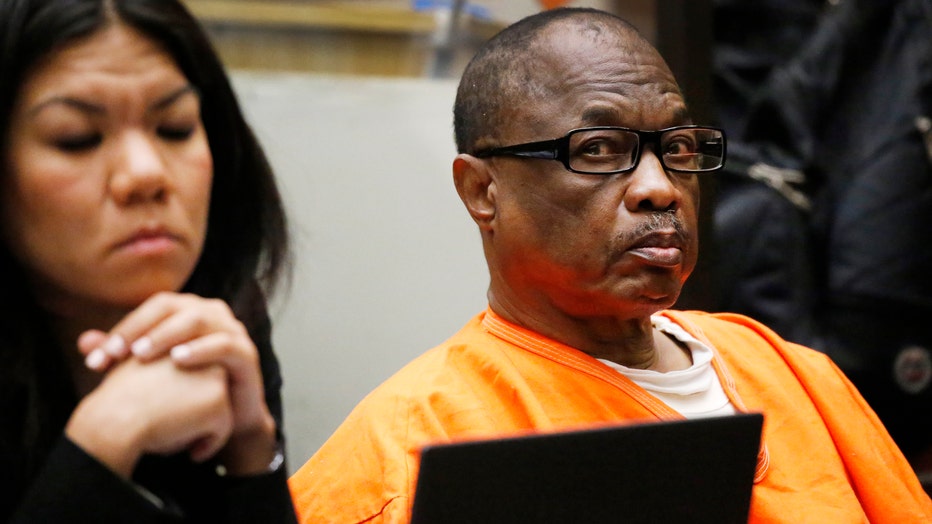 LOS ANGELES, CA - AUGUST 10, 2016 - Lonnie David Franklin Jr. who was convicted of 10 counts of first-degree murder and one count of attempted murder for the "Grim Sleeper'' killings is sentenced to death on Wednesday, capping a lengthy case that cen

Franklin was a former Los Angeles city garage attendant and sanitation worker who was also suspected in several other killings. Deputy District Attorney Beth Silverman once said he was "certainly'' one of Los Angeles' most prolific killers.

Franklin was convicted of killing:

-- Debra Jackson, a 29-year-old mother of two who was found dead from three gunshot wounds to the chest in an alley in South Los Angeles on Aug. 10, 1985;

-- Henrietta Wright, a 34-year-old mother of five who was shot twice in the chest and found in an alley with a cloth gag stuffed in her mouth in South Los Angeles on Aug. 12, 1986;

-- Bernita Sparks, 26, shot once in the chest and found in a trash bin with her shirt and pants unbuttoned in Los Angeles on April 16, 1987;

-- Mary Lowe, 26, shot once in the chest and found in an alley with her pants unzipped behind a large shrub in South Los Angeles on Nov. 1, 1987;

-- Alicia Alexander, 18, killed by a gunshot wound to the chest and found naked under a blue foam mattress in an alley in South Los Angeles on Sept. 11, 1988;

-- Princess Berthomieux, 15, strangled and discovered naked and hidden in shrubbery in an alley in Inglewood on March 9, 2002;

-- Valerie McCorvey, the 35-year-old mother of one, strangled and found dead with her clothes pulled down at the entrance to a locked alley in South Los Angeles on July 11, 2003; and

-- Janecia Peters, 25, shot in the back and found naked inside a sealed plastic trash bag in a trash bin in an alley in South Los Angeles on Jan. 1, 2007.

Some media outlets dubbed Franklin the "Grim Sleeper'' because of what was at the time believed to be a 13-year break in the killings, but police detectives subsequently said they don't believe there was actually a break.

Prosecutors presented evidence during the trial's penalty phase that they said linked Franklin to the January 1984 killing of Sharon Dismuke, theAugust 1988 slaying of Inez Warren, the December 2000 killing of Georgia Thomas and the presumed killing of Rolenia Morris, a mother of two who disappeared in September 2005.

Jurors also heard from a woman who testified that she was gang-raped in 1974 in Germany in an attack that the prosecution has said was linked to the defendant and two other men while he was serving in the U.S. Army.

Gov. Gavin Newsom declared a moratorium on the death penalty in 2019.