Maurice Hastings is now a free man after DNA evidence cleared me of crimes he was convicted for in 1988.

LOS ANGELES - A South LA man convicted of life without the possibility of parole is now free after spending 38 years in prison.

District Attorney George Gascón vacated his conviction after DNA evidence showed another man responsible for the crimes he was convicted of.

Maurice Hastings, 69, served more than 38 years in state prison for the 1983 murder of Roberta Wydermyer.

Her body was found in the trunk of her car; Wydermyer died from a gunshot wound to the head.

According to the DA’s officer, the coroner conducted a sexual assault examination which involved swabbing various body parts, including an oral swab in which semen was detected.

Hastings was then charged with a special circumstance of murder.

The first jury was deadlocked, but a second jury convicted him, and Hastings was sentenced in 1988 to life without the possibility of parole.

Since his arrest, Hastings has always maintained his innocence. 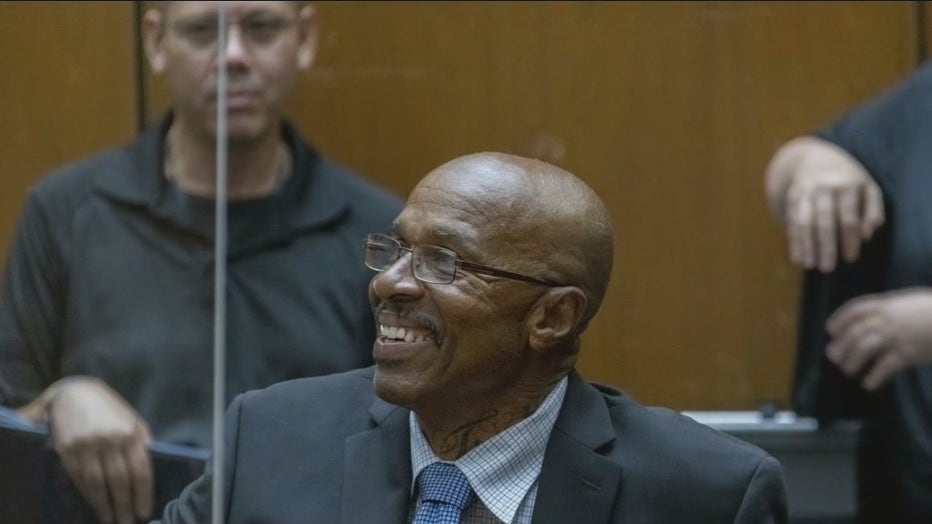 In 2000, Hastings requested DNA testing to prove his innocence, but that request was denied by the LA County DA’s office.

In 2021, Hastings submitted a claim of innocence with the District Attorney’s Conviction Integrity Unit and in June of this year, the DNA testing found that the semen on the oral swab was not from Hastings, the DA’s office stated.

"Earlier this month, the crime scene DNA profile was uploaded through the state’s Combined DNA Index System. The analysis identified a match to a person in the database who had engaged in and been convicted of an armed kidnapping where he placed his female victim in a trunk of a vehicle as well as the kidnap, rape, and forcible oral copulation of a young woman for which he was sentenced to 56 years in custody," the statement read.

According to the DA’s office, the suspect in this case is deceased. Wydermyer's true killer died in 2020 while serving prison time for a separate kidnapping and rape.

"Thanks to modern science, we now know the identity of the other man we know was involved in the abduction and sexual assault and murder of Roberta Wydermyer," Gascón stated.

Gascón said in today's time, even without DNA evidence, it would be unlikely, for Hastings to stand trial… the case against him was that weak.

"You are a free man today because of your perseverance,'' Gascón said. He apologized to Hastings that the DNA evidence was not available at the time to prevent his conviction and prison sentence.

For Hastings, life outside of prison is a shock. The only cell phones he’d seen were contraband in prison… he wouldn’t even dare touch one.

"I didn't want to go in there and break laws and give them an indication that I was the type of person who would commit a crime like this," Hastings said.

After being freed, Hastings indulged himself on food and plans to see the ocean.