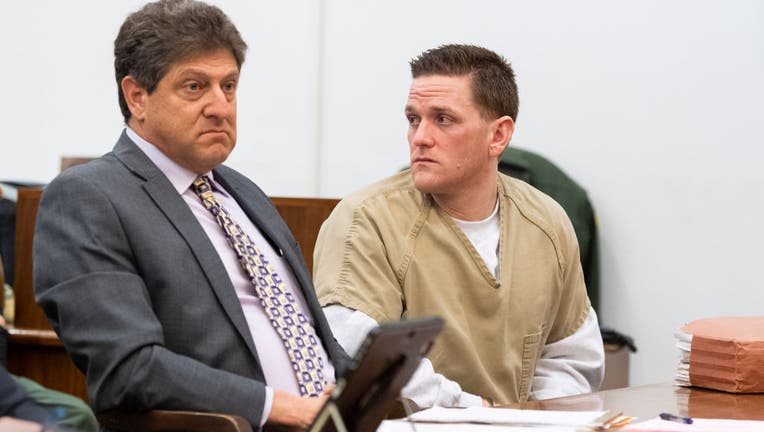 SANTA ANA, Calif. - The son of a former cast member of "The Real Housewives of Orange County," Josh Waring — who was convicted of a shooting in Costa Mesa — pleaded guilty Monday to drug charges and immediately sentenced to two years in prison.

Waring was given credit for 106 days in custody.

Waring possessed fentanyl and methamphetamine, according to Carrie Braun, a spokeswoman for the Orange County Sheriff's Department.

Orange County Superior Court Judge Scott Steiner declined to issue an unofficial advisement prosecutors have been seeking to give defendants that prosecutors may file an upgraded charge of murder if a defendant sells fentanyl to a victim who dies.

Orange County sheriff's deputies said they found Waring in a car with a woman in a parking lot behind a business on Del Obispo and Ortega Highway in San Juan Capistrano on Jan. 6. Because he was a parolee, the deputies searched him and found several baggies of fentanyl on him, Braun said.

Waring was previously arrested in June 2020 in Huntington Beach and charged that September with possession of a controlled substance — fentanyl — and drug paraphernalia and falsely representing himself to an officer, all misdemeanors.

Waring was arrested again on May 8, 2021, at Ridge Route Drive and Overlake in Lake Forest when deputies pulled over a rental car stolen from John Wayne Airport, according to Orange County Sheriff's Department Sgt. Todd Hylton.

Waring, who was in the passenger's seat, was accused of possession of fetanyl and methamphetamine and drug paraphernalia found in the car's glove compartment, Hylton said.

Waring also resolved a separate case and pleaded guilty to possession of methamphetamine for sale and false personation, both felonies.

Waring was originally charged with three counts of attempted murder, along with a sentencing enhancement alleging attempted premeditated murder, for the June 20, 2016, shooting of Daniel Lopez, then 35, outside a home in Costa Mesa. Two other people escaped injury in the drive-by attack.

At the time of his plea deal, Waring was facing 65 years to life in prison, but, instead was sentenced to time served in jail awaiting trial.

Waring reached a $595,000 settlement in a federal lawsuit with the county in September of last year. Waring alleged in the lawsuit that his phone calls while in custody were illegally recorded and that sheriff's deputies set him up for an attack while in custody.