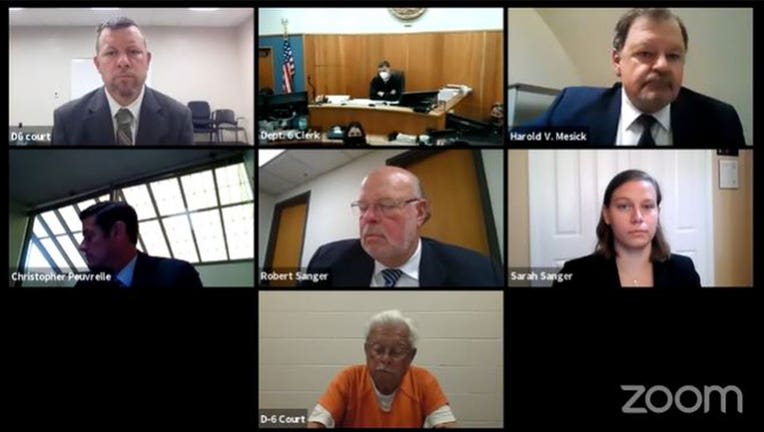 LOS ANGELES - A former California college student charged with murder in the 1996 disappearance of classmate Kristin Smart and the defendant’s father, who is accused of helping hide the young woman’s body, made their first court appearance Thursday but did not enter pleas.

Paul Flores, 44, was charged with first-degree murder for the killing that allegedly happened as he tried to rape Smart in his dorm room at California Polytechnic State University in San Luis Obispo after an off-campus party. Witnesses said Smart was intoxicated and Flores had said he would walk her home. 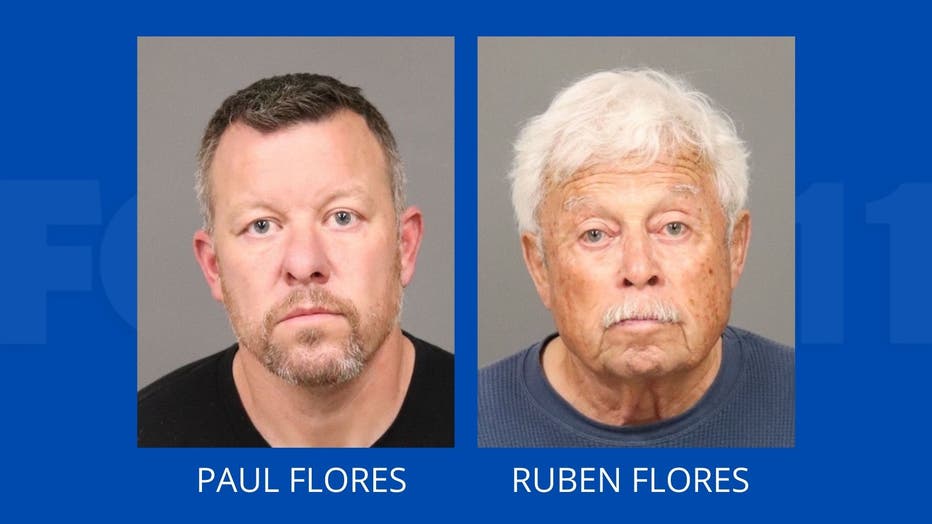 Ruben Flores, 80, was charged as an accessory after murder.

The brief proceeding in San Luis Obispo Superior Court was livestreamed with the father and son appearing separately by video from the county jail. Their arraignments and bail hearings were postponed until Monday afternoon.

Paul Flores, who was wearing a blue suit jacket, white shirt and necktie, is being held without bail. His father, who was in orange jail scrubs, was held on $250,000 bail.

San Luis Obispo prosecutors on Wednesday charged a former classmate of Cal Poly student Kristin Smart with first-degree murder in connection with her disappearance in 1996.

A search last month at Ruben Flores’ home 13 miles (21 kilometers) south of campus in the community of Arroyo Grande using ground-penetrating radar and cadaver dogs discovered evidence connected to Smart’s death, authorities said. They didn’t revealed what was found, but were seen digging in the backyard on Tuesday.

The body of Smart, 19, of Stockton, has never been found. Authorities said they believe they know where she was buried but have not yet found her remains or disclosed the location.

The Smart family issued a statement saying they will remain patient as the case proceeds.

"After nearly 25 years of waiting, today’s delay in the arraignment process was not unexpected or surprising," they said. "Make no mistake, we have begun the final quest to bring justice for Kristin."

Smart was last seen May 25, 1996, with Flores on the Cal Poly campus, where they were both freshmen. District Attorney Dan Dow said investigators think Flores killed Smart in his dorm room during the Memorial Day weekend when many students had left the campus.

Dow said at a news conference Wednesday that prosecutors would seek to prove Paul Flores tried to sexually assault Smart by showing prior sex acts he engaged in and crimes they believe he committed in more recent years in Southern California.

A lawyer for Paul Flores has declined to comment on the arrest or charges. Harold Mesick, a lawyer for Ruben Flores, told the Los Angeles Times his client is "absolutely innocent."