Flames and smoke flare up outside the train windows and loud noises send passengers looking for an exit. People can later be seen in the video climbing out of shattered windows onto the train tracks.

SOMERVILLE, Mass. - One passenger jumped into a river and several others climbed out of windows when a Boston-area public transit train caught fire during the Thursday morning commute, officials said. The fire is the latest in a string of dangerous problems with the troubled system.

No injuries were reported, and the person who jumped into the water declined medical attention, a spokesperson for the Massachusetts Bay Transportation Authority said in a statement.

The MBTA's inbound Orange Line train was crossing the Mystic River just north of Boston, approaching Assembly station in Somerville at about 6:45 a.m., when flames and smoke were spotted coming from the lead car, the statement said. About 200 passengers were on board, and most were walked off the train to a nearby station by MBTA personnel. 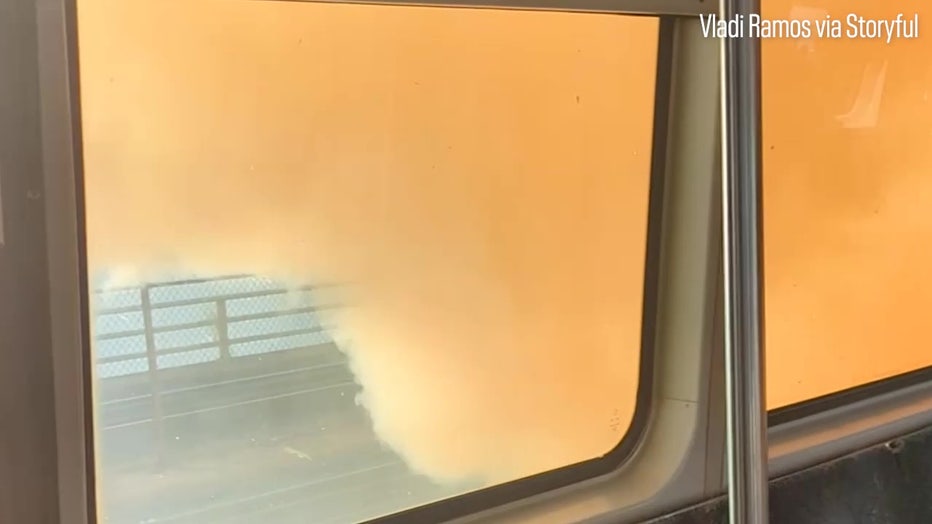 Smoke is illuminated by flames outside of the train window in this footage.

After the power was turned off, the train was brought to a railyard for an investigation, and infrastructure is being inspected. The MBTA has notified the Federal Transit Administration and the National Transportation Safety Board. 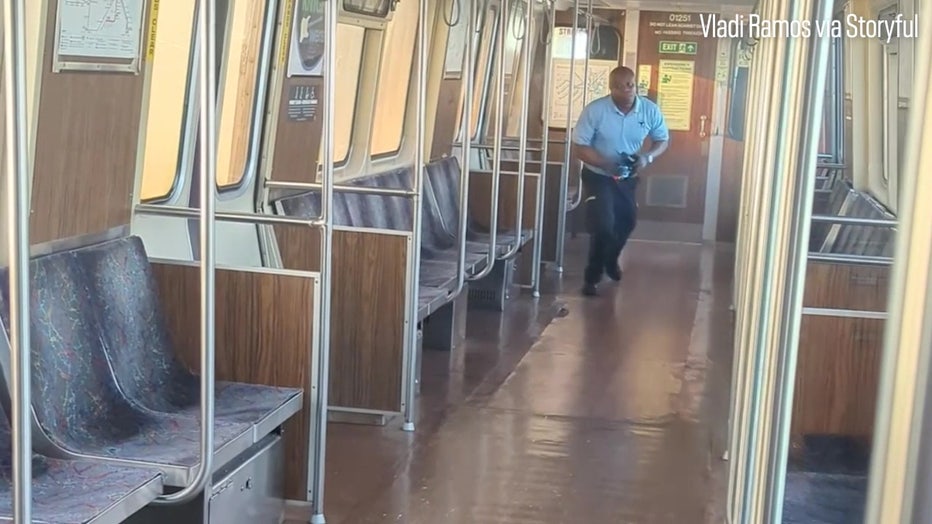 An apparent transit employee is turned around by the smoke and flames.

The train in question was 43 years old, MBTA spokesperson Joe Pesaturo said, and not one of several new Orange Line cars that were temporarily pulled from service recently when one car experienced a failure in its battery compartment. They have since been returned to service. 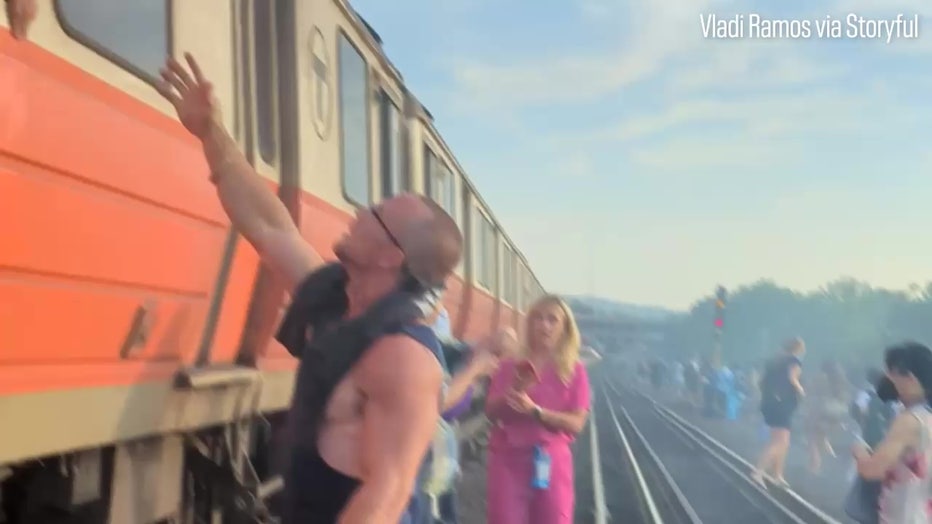 Passengers help each other from the stricken train along a bridge.

The Federal Transit Administration launched a review of Boston’s subway system in April following several accidents that led to injuries or death within the past year. The federal agency last month issued a series of directives to immediately address "longstanding issues" with the system’s "overall safety program and safety culture."