LOS ANGELES - Starting Sunday, the upper/departures and lower/arrivals levels of World Way will be closed at LAX's Terminal 1 for varying times between 10 p.m. and 7 a.m. to facilitate construction of a pedestrian bridge over the roadway, airport officials announced.

The closures will be in effect until March 4 and again from March 6-9 for the bridge, which will connect the future Center Central Terminal Area Automated People Mover station to the extension of Terminal 1. 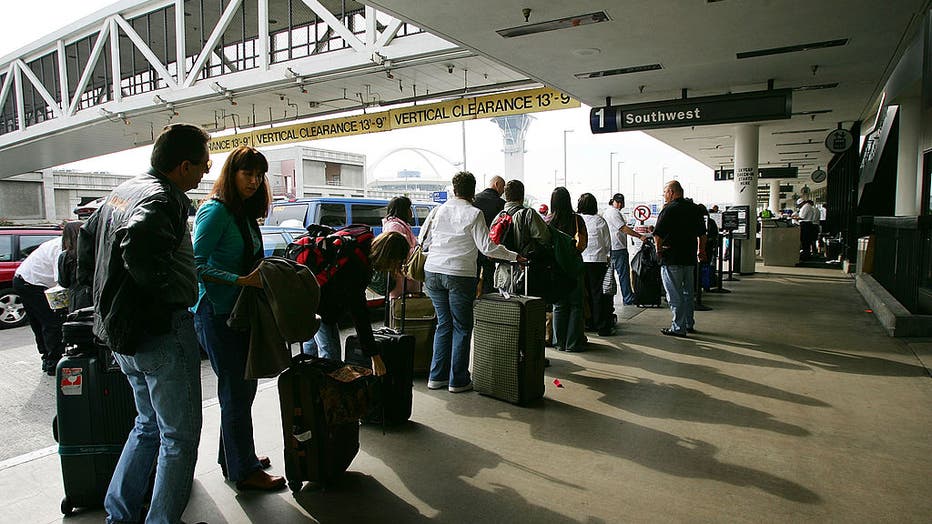 During the full closures, vehicles will utilize established detours to route around the closures, access the terminals and exit the Airport via World Way South.

Upper/departure level closures will take place between midnight and 4 a.m. Traffic to Terminals 7 and 8 will follow the southbound East Way detour. In order to access the Tom Bradley International Terminal and Terminals 2, 3, 4, 5 and 6, motorists will use the established detour that begins at East Way.

On the nights of Feb. 27 and Feb. 28, traffic on the upper/departures level roadway will be stopped for 30 minutes to install a section of the bridge over the roadway. Vehicles may use the lower/arrivals level inner lane to bypass the closure.

Lower/arrivals level closures will occur from 10 p.m. to 7 a.m. Traffic will follow detour signage to route along World Way North's innermost lane around the closure to access the terminals.

The 2.25-mile Automated People Mover is the centerpiece of the airport's modernization program. The train system will have six total stations - - three inside the Central Terminal Area and three outside the CTA, which will connect the train system to L.A. Metro and a car rental facility.

Officials expect the train system to be ready in 2023, and the full modernization project is expected to be completed ahead of the 2028 Olympic Games, being held in Los Angeles.