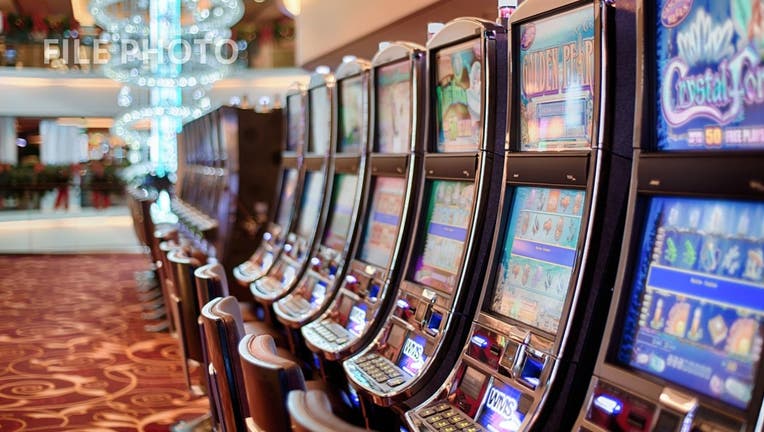 Splashy messages on websites and freeway signs for California’s tribal casinos are a jarring contrast with the sober restraint that Gov. Gavin Newsom has ordered amid a crushing surge in coronavirus cases that has overwhelmed hospitals statewide.

California’s self-governed tribal casinos have largely left safety rules unchanged since reopening in the spring as the government has stiffened restrictions on other businesses in most of the state. Stay-at-home orders that began in early December prohibit indoor religious services and on-site dining, close gyms and cardrooms, restrict hotel reservations and limit capacity to 20% at retail stores.

Tribal casinos operate under federal law on federally protected land, known as rancherias in California, so they’re not required to fall in line with Newsom’s orders. The country’s 574 federally recognized tribes also are sovereign entities and can decide on how to operate their businesses without approval from states.

Tribes outside California have reopened casinos with limited capacity and other safety precautions. Casinos on the country’s largest Native American reservation, the Navajo Nation in the Southwest, have been closed since March.

Casino revenue is also a major source of income for tribes, which don’t have a tax base like state and local governments.

With few other places open New Year’s Eve, casinos have come under scrutiny for ringing in 2021 with a bang. Graton Resort & Casino in Rohnert Park, north of San Francisco, faced a backlash after announcing last week that it would close for a private party with up to 4,000 people. It abruptly canceled the event and "apologized for any inconvenience" in a statement online.

The San Manuel Casino in Highland, east of Los Angeles, said Tuesday that its New Year’s Eve events were also off. It will remain open for "current limited capacity" but there will be no midnight countdown, booze at the bar or tableside dining.

Pechanga Resort Casino in Temecula, California’s largest tribal casino, said Monday that it was closing to the "general public" on New Year’s Eve after previously canceling special celebrations and postponing concerts through March.

Closing to the public on New Year’s Eve was done to "further discourage attendance," Jared Munoa, board president of the Pechanga Development Corp., said this week.

Cache Creek Casino Resort, northwest of Sacramento, said it canceled plans for a public New Year’s Eve party in early December but will open for "a small number of special guests," estimated at less than 1% of normal crowds.

Bradley Pollock, a public health professor at UC Davis Health, acknowledged tribal rights and the economic benefits that casinos deliver but said "anything that encourages people to come together physically is not good." He said New Year’s Eve celebrations are "even more egregious."

The Associated Press checked policies on websites of California’s 10 largest tribal casinos and sought comment from each by email or phone. Some confirmed the policies and underscored their commitment to safety; others didn’t respond.

All post significant restrictions, such as temperature checks at the door, required face coverings and more space between slot machines. Buffets and many, but not all, restaurants are closed.

Gaming and dining capacity is more limited but few specify by how much. Two exceptions: Pechanga and Pala Casino Spa Resort, near San Diego, say they cap attendance at 50% of normal.

The few that have strengthened restrictions since November’s surge are still far looser than non-tribal businesses. Cache Creek stopped bar service unless food is purchased. Sycuan Casino Resort, near San Diego, introduced a dining cap of eight people per table and other rules.

The right of tribes to determine their own rules is unquestioned. San Diego County Supervisor Nathan Fletcher, who has denounced restaurants and churches that defy health orders, said when casinos prepared to reopen in May that he was in no position to criticize.

"This is a decision that is for them to make, and there is a very long and very dark history of the country, of white people in particular, telling our Native Americans what they should and shouldn’t do," he said. "I’m not going to be a part of continuing that into the future. I respect their sovereignty."

Information on how COVID-19 has spread from casinos is limited. KPBS obtained San Diego County records and reported that outbreaks at seven casinos were linked to at least 638 COVID-19 cases from late June to mid-December. It said at least 208 outbreaks occurred in restaurants and at least 125 at large retailers and grocery stores.

"How do you have a poker game with one dealer and one player per table?" he said. "I don’t know how you would (safely) do it otherwise."