LOS ANGELES (CNS) - More than a half-dozen Southland law enforcement and fire department officials were among those injured in the massacre at the Route 91 Harvest Country Music Festival on the Las Vegas Strip, the worst mass shooting in U.S. history.

Law enforcement officials in Las Vegas said Monday 59 people were killed and 527 wounded by the lone gunman, who was identified as 64-year-old Stephen Paddock of Mesquite, Nevada. An FBI official in Las Vegas said Paddock did not appear to have any connection to terrorism, despite a reported claim of
responsibility by the terrorist group ISIS.

Paddock's ex-wife lives in Cerritos, and she apparently called the Los Angeles County Sheriff's Department after news of the shooting broke. The woman, who isn't speaking publicly, told deputies she was married to Paddock for six years, but they've been divorced for more than two decades, sheriff's officials told reporters at the scene.

One Los Angeles County sheriff's employee was shot during the melee and was listed in critical condition Monday, while a second suffered lesser injuries, authorities said.

Los Angeles County Sheriff Jim McDonnell said the critically injured deputy is assigned to the Norwalk station. The other wounded person is a male sergeant who is assigned to the "executive offices.'' Their names were not
released.

A Los Angeles Police Department officer assigned to the Foothill Division was shot in a leg in the mass shooting, said Officer Rosario Herrera of the LAPD's Media Relations Section, adding that the officer was the only LAPD officer wounded in the massacre.

"While this appears to be an isolated incident with no apparent threat to Los Angeles, we ask the public to stay vigilant and aware of your surroundings,'' according to the LAPD.

Physicians at UC Irvine Medical Center in Orange were treating three victims of the shooting, according to hospital spokesman John Murray. Three males were brought in separately by family members, Murray said.

One of them is believed to be a Torrance firefighter who was "struck in the lower extremity'' during the shooting, according to the Torrance Fire Department.

The Los Angeles Police Protective League, the union representing LAPD officers, issued a statement praising the bravery of first responders. "This unspeakable act of terror did not break the resolve of Las Vegas first responders from running toward the automatic gunfire to assist the hundreds of victims and storm the hotel room of the coward who gunned down the innocent concertgoers,'' according to the union. "We pray for the swift recovery of the shooting victims, including a member of the LAPD family who was shot and is recovering from her wounds.

"We also pray for the families who had their loved ones ripped away from them and urge all Americans to come together as one and condemn this cowardly act.''

At least eight off-duty LAFD employees were at the concert, and two of them were wounded, according to the agency. "Thankfully, their wounds do not appear to be life-threatening,'' Chief Ralph Terrazas said. "Our thoughts and prayers are with them and their families and all of the people affected by this horrific and senseless tragedy.''

The Los Angeles County Fire Department announced that three of its members were struck by gunfire and sustained non-life-threatening injuries.

One off-duty Orange County Sheriff's Department deputy was wounded, as were two family members of other OCSD personnel, but none of the injuries was life-threatening, the OCSD reported.

"We are pleased to report that all are OK,'' Concialdi said. The two Newport Beach employees were hurt but are expected to survive, said Jennifer Manzella of the Newport Beach Police Department.

With initial reports of multiple shooters in numerous locations in Las Vegas, McDonnell activated the Department Operations Center shortly after the shooting was reported and readied a response team that included SWAT teams and a bomb squad, the Sheriff's Information Bureau reported.

Additionally, a Super Puma helicopter was prepared for deployment, but the crew stood down after the Las Vegas Metro SWAT team determined that a single shooter was involved. Authorities said Paddock killed himself. "What we've done is we've stepped up our level of vigilance throughout the county -- all of our venues where we have large crowds of people coming together,'' McDonnell said. "Certainly a higher visibility of our folks; a greater level of interaction with the public. We will continue to do that at all of the venues that draw large crowds, as well critical infrastructure sites, such as our transit system, at the port system and at other places.''

As is usually the case, Las Vegas was teeming with Southland residents Sunday night. A Long Beach resident who attended the festival described how he helped carry an unconscious woman to out of the line of fire.

Al Quackenbush told City News Service that singer Jason Aldean was performing at the open-air festival when the gunfire rang out, causing a massive scramble for survival. "(We) carried a girl who was shot,'' said Quackenbush, describing the victim as a woman in her 20s. "We carried her behind a concrete pillar with
her friends, then we got out of there. We are safe. "We heard many shots,'' Quackenbush said. "Like 300-plus shots. I figure it was an automatic rifle. We were right there.''

Orange County resident David Wolfe told a reporter his wife and daughter were at the concert.

Wolfe said he was ``in absolute panic; scared to death until my wife called and said they were OK.''

Brianna Taylor of Orange County told news media outlets that she and her fiance were near the front of the stage close to Aldean when the bullets began to rain.

The shaken Taylor said she first thought it was fireworks, but "seconds later, we found it was a lot more serious that,'' as she saw two people within 10 feet of her get shot.

We just stayed as low as we could for awhile,'' Taylor said. "(But) as soon as they said they needed medics, we knew we were sitting ducks. "I said 'Babe, this can't be how we die, this can't be how we go.' So we just got up and ran behind the stage and got out,'' eventually hiding with about 200 other people in a helicopter rental company. 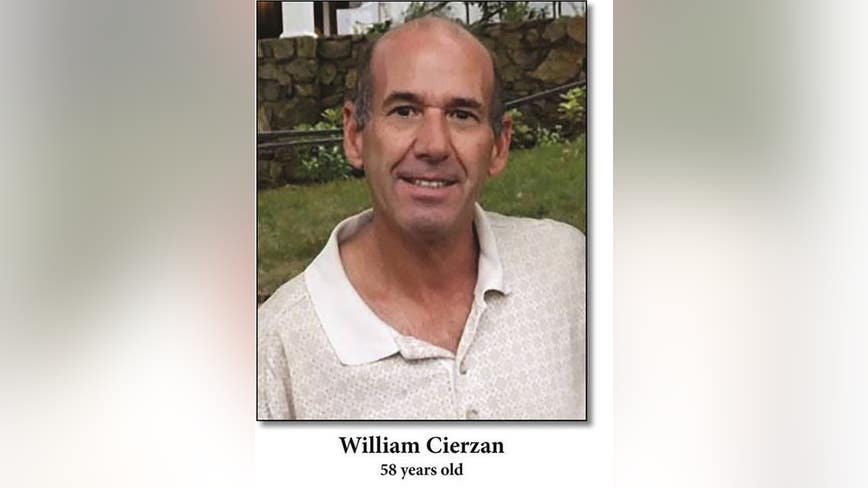