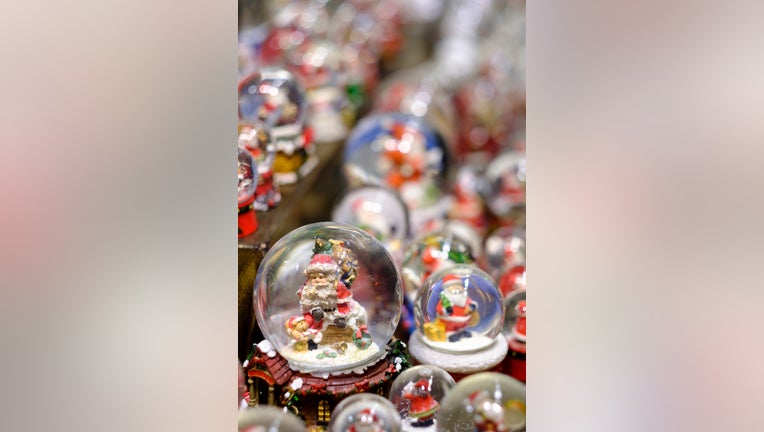 BONN, NORTH RHINE-WESTPHALIA, GERMANY - DECEMBER 7: snow globes are display in the traditional Christmas Market or Weihnachtsmarkt at Bonn on December 7, 2019 in Bonn, Germany. Snow globes are also know as waterglobe, snowstorm or snowdome. (Photo by

FOX NEWS - “Snow-globing” is the latest dating trend to look out for this winter — and it happens when the magic of Christmas makes a relationship seem more serious than it is.

We’ve all heard of “cuffing season,” where you find some to snuggle up with over the colder months, only to dump them when summer and your social life return. In contrast, “snow-globing” refers to a much shorter period of time, covering Christmas and New Year.

It typically happens when you meet someone just before the festive season kicks off and your dates tend to include cozy Christmas markets and ice skating. That’s not to mention the work Christmas party, and any New Year’s celebrations planned.

Plus if they end up getting you a present, it can end send the wrong signals if it’s just a fling.

The magic of Christmastime during the early stages of a relationship can trick people into thinking it’s much more serious than it is.

And when everyone goes back to work and everyday life resumes, suddenly the relationship — which looked like it was heading for something serious — suddenly disappears.

Turns out you’ve just been “snow-globed,” according to Cosmopolitan.

"Feeling embarrassed about not being in a relationship can be so painful, that people will make romantic gestures as a sort of 'short fix' so that they don't have to feel the pain of loneliness,” he explained.

And if you weren’t sure whether your date was just “going through the motions” with you, Brown had some words of advice on how to spot a real relationship.

“If you notice beforehand that they are talking about you with their friends, family, and co-workers, then that may be a sign that they're truly interested,” he claimed.