PACIFICA, Calif. - Nemanja Spasojevic says he was snorkeling off the coast of Grey Whale Cove State Beach in San Mateo County over the weekend, when he was bit by a great white shark.

He said the plan was to snorkel for about 45 minutes to an hour, an activity he admits is uncommon for that area.

"It's a rare activity for that area as visibility is usually extremely low," he wrote.

Previous reports stated that Spasojevic was surfing in the area, but he clarified that saying he initially told first responders that he paddled back to shore, but he actually swam back.

He had anticipated a small surf on Saturday of about one to two feet, which he said he felt were ideal conditions for snorkeling and crabbing.

He entered the water around 8:35 a.m. and experienced a slightly larger surf than expected and lower visibility, but Spasojevic said conditions improved the deeper he dived.

"Actual conditions were around 2 feet swell with visibility that ranged from 4 to 6 feet roughly," he said following the attack. 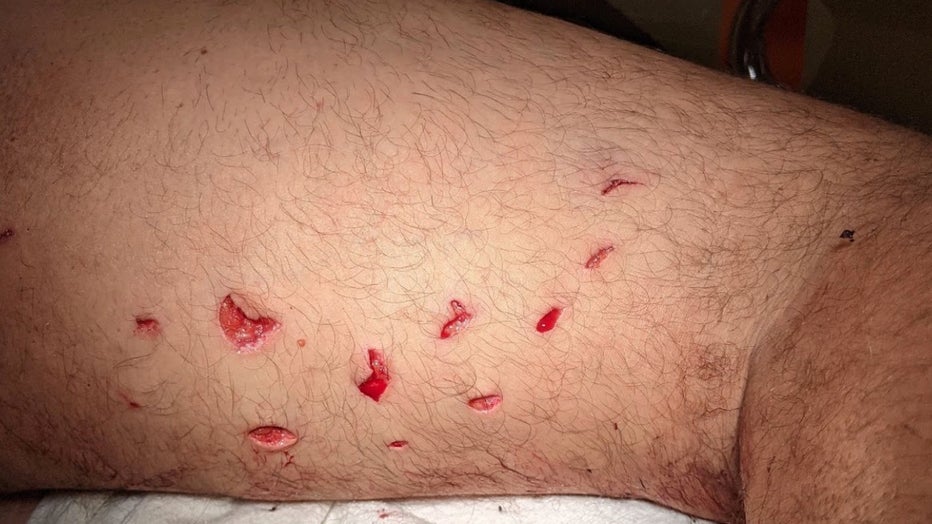 He spotted a few crabs down under that that he wanted to choose from to take back to shore. He lifted one, but put it back because he thought he could score a bigger catch.

"As I was putting the crab back, and surfacing (in 7 to 10 feet of depth) I felt a mosquito bite-like pain and a slight push," he recalled. "As I wrapped my legs around I could see the face of the shark. I was looking at it from the surface so I could not confirm the white underbelly but I could see its nose and black eyes."

That's when instinct kicked in.

"At that point, I just started kicking with my back turned towards the rocks frantically. Hoping if it strikes again it will hit the fins," Spasojevic said. Adding, "At this point, I was in white water, no pain or awareness of severity. I did think it’s minor, but I could feel that the wetsuit was ripped and cold water was coming in."

He managed to escape the attack and make it back to shore.

He exited the water and noticed his wetsuit was bulged and filled with blood.

Spasojevic took his gear off and was getting ready to drive himself to the hospital after he realized his injuries were more severe, but he began to lose more blood as he walked.

"Now my wetsuit was full of blood once again and it was obvious I would not make it to the stairs without losing a lot more blood," he said. "I saw a fisherman (Tom) and I yelled 'shark attack' until he noticed me. "

The fisherman came to Spasojevic's aid and stayed by his side until first responders arrived. 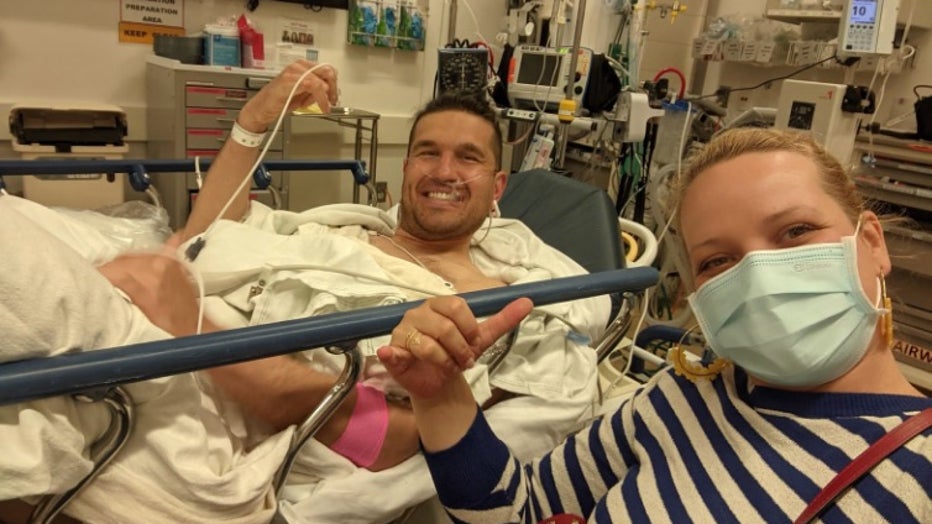 Nemanja Spasojevic in the emergency room

Spasojevic was rushed to San Francisco General Hospital where doctors worked to reconnect a vein that was punctured by the great white shark.

By 9 p.m. Spasojevic says he was up and moving.

"I was good as new walking around and discharged from the hospital," he said. "...I got to walk another day!"

Spasojevic believes the shark sunk its teeth into his leg 10 times. 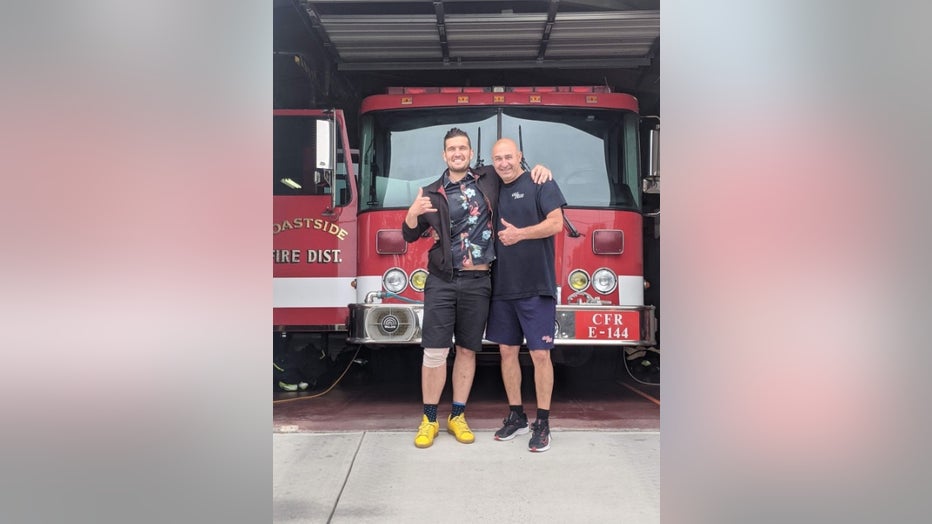 A day after the incident, Nemanja Spasojevic poses for a photo with Peter, a paramedic from Coastside Fire Protection District - Station 44.