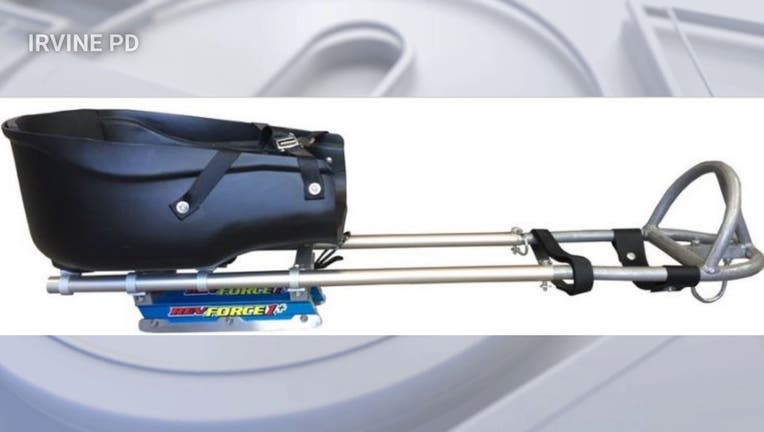 Irvine PD released a photo of resembling the stolen equipment.

IRVINE, Calif. - Members of a sled ice hockey team visiting Irvine are now without their gear after their stuff got stolen at the hotel they were staying in.

According to the Irvine Police Department, someone stole a truck that had 27 gear bags inside on Sunday morning. Police eventually found the stolen truck and were able to recover 13 bags, but the other 14 are still missing.

This week, Irvine PD released a photo of the possible suspect. 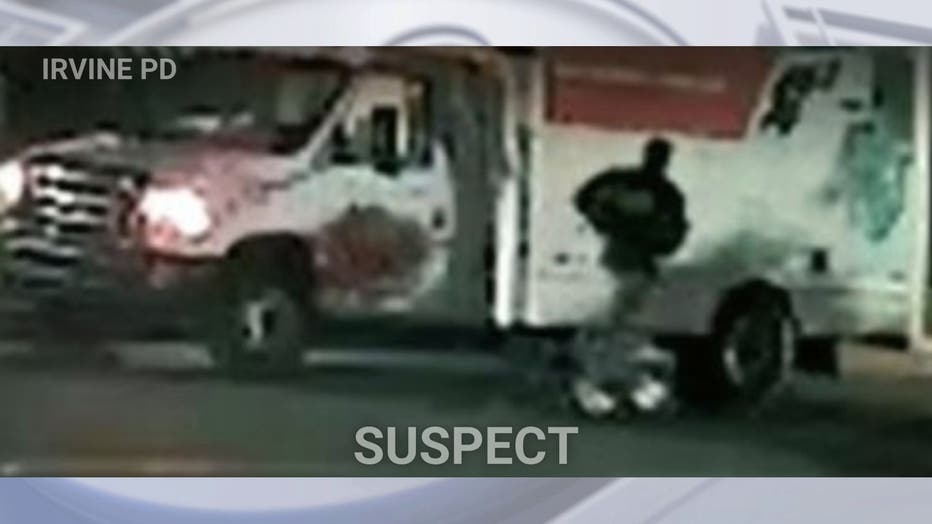 Irvine PD released a photo of a person believed to be the suspect running away in a U-Haul truck.

The team was visiting Orange County from Canada when their gear got stolen. The bags contained unique items including sleds, specialized poles and helmets for the Para hockey players.

Anyone with information on the suspect or the gear theft is asked to email jkilgore@cityofirvine.org.