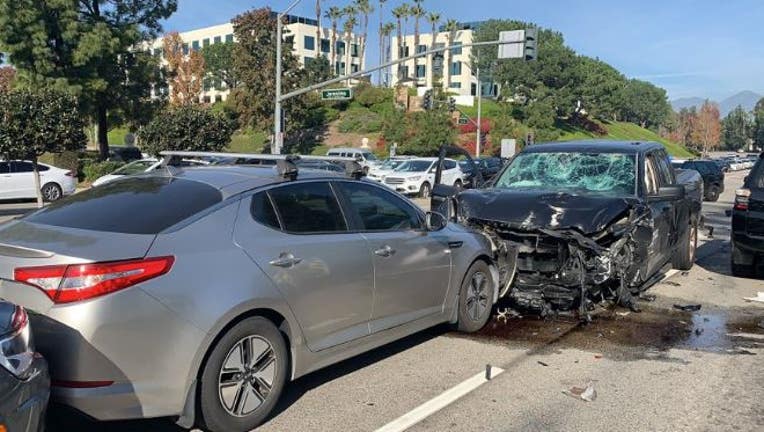 MISSION VIEJO, Calif. - Six people were injured, five of whom were listed as trauma victims, after a nine-vehicle traffic collision in Mission Viejo.

The crash occurred shortly before 2 p.m. Saturday at Alicia Parkway and Jeronimo Road, according to the Orange County Fire
Authority.

Two of the victims were children, according to the fire department. The extent of their injuries are not currently known.

Details about the crash were not immediately available. The Orange County Sheriff's Department is investigating.