Authorities said three guns were found inside the suspect's vehicle.

LOS ANGELES - A shootout led to a brief pursuit that ended when a suspect crashed into parked cars in South Los Angeles, officials said.

Around 10:30 p.m. Thursday, officers with the Los Angeles Police Department responded to a call of shots fired near Figueroa Street and Imperial Highway.

Responding officers found a man with a gun and a short time later, there was an exchange of gunfire between the suspect and officers.

The gunman then jumped into an SUV, sped off from the scene, and led officers on a brief pursuit. The suspect then crashed his car into several parked cars near Towne Avenue and 97th Street in South LA’s Green Meadows neighborhood. 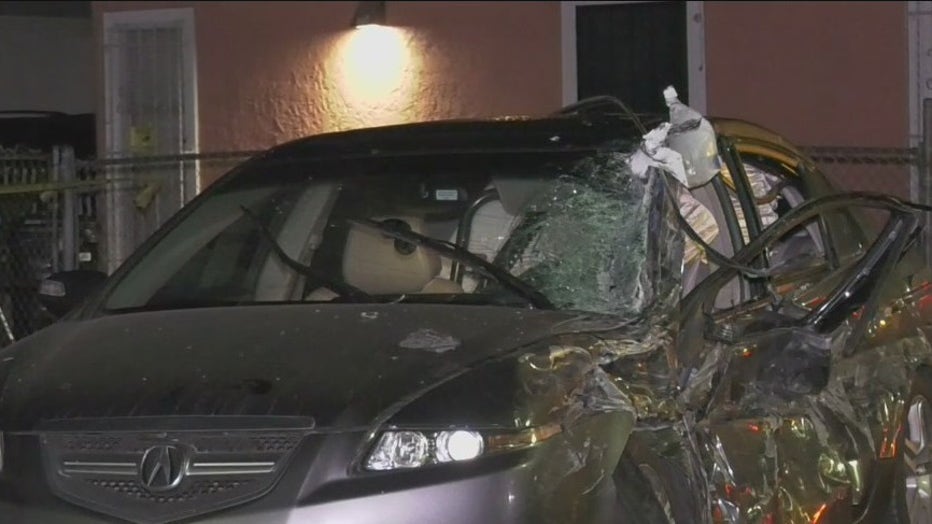 No injuries were reported in the incidents.

He was subsequently arrested and authorities found three guns inside his SUV.