FONTANA, Calif. - A San Bernardino County Sheriff’s Sergeant has been arrested for possession and distribution of child pornography, police said.

Marc Goodwin, 43, was arrested Thursday by members of the Fontana Police Department Internet Crimes Against. Investigators later learned that Goodwin was a sheriff’s sergeant employed by the San Bernardino County Sheriff’s Department. 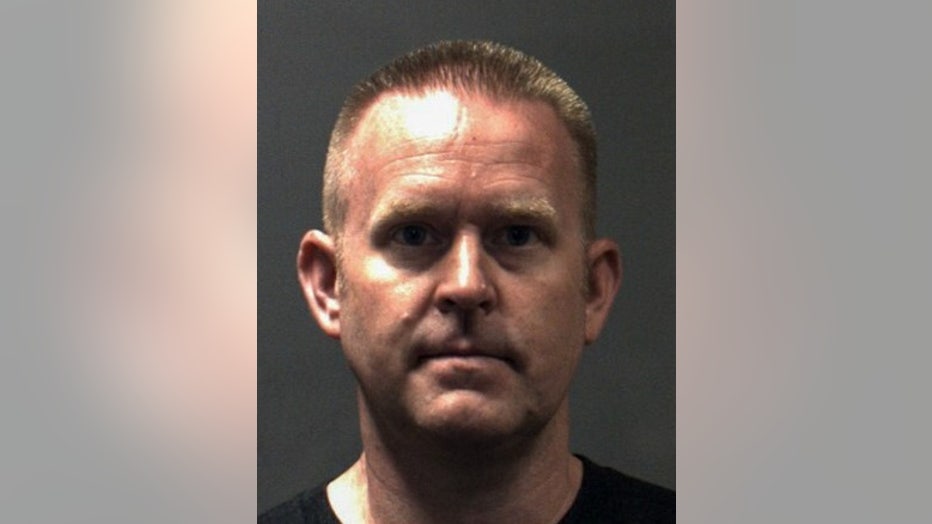 Following his arrest, San Bernardino County Sheriff John McMahon said that Goodwin is no longer employeed by the department.

"I find it extremely disappointing when a member of our department acts in a manner that discredits the good work being done daily by our deputies," Sheriff McMahon said. "The fact that a sergeant has been arrested makes this particularly egregious because they administer supervision of line staff."

Authorities initiated their investigation into Goodwin following a report from the National Center for Missing and Exploited Children, which indicated that Goodwin had electronically transmitted an image containing possible child pornography, Fontana Police wrote in a press release.

"The San Bernardino County Sheriff’s Department is fully cooperating with the investigation and their assistance was instrumental before and after the arrest of Goodwin," Fontana Police said in a statement.

Goodwin was booked into the West Valley Detention Center in Rancho Cucamonga.

Authorities obtained a search warrant and seized multiple electronic devices which will be thoroughly analyzed for additional evidence related to child pornography.