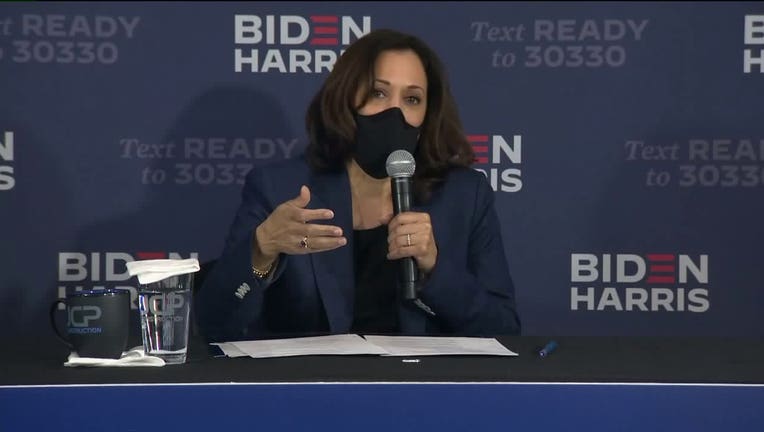 O'Malley Dillon said that Harris was not in close contact with either Allen or the other crew member during the two days prior to their positive tests; and as per CDC guidelines, there is no requirement for quarantine. Both people had attended personal events in the last week and per campaign protocol were tested when they returned to work. That's when the diagnoses was revealed.

Harris has taken two tests since Oct. 8, both of which came back negative, most recently on Wednesday, the campaign stated.

Neither of these people has had contact with Joe Biden or any other staffers since testing positive or in the 48 hours prior to their positive test results, the campaign stated.

However, O'Malley Dillon said that out of an "abundance of caution and in line with our campaign’s commitment to the highest levels of precaution," Harris is canceling all her travel through Sunday.

Harris will keep her "robust and aggressive schedule" of virtual campaign activities.

Harris’ husband, Doug Emhoff, will also cancel travel on Thursday, but will resume his schedule Friday, as he has had no contact with either Allen or the unnamed crew member, the campaign said.

Harris has not been campaigning publicly anyway this week during the Supreme Court confirmation hearings for Judge Amy Coney Barrett. Harris decided to participate remotely from her Senate office after two Republican members of the committee tested positive for the virus.

Harris will return to in-person campaigning on Monday.