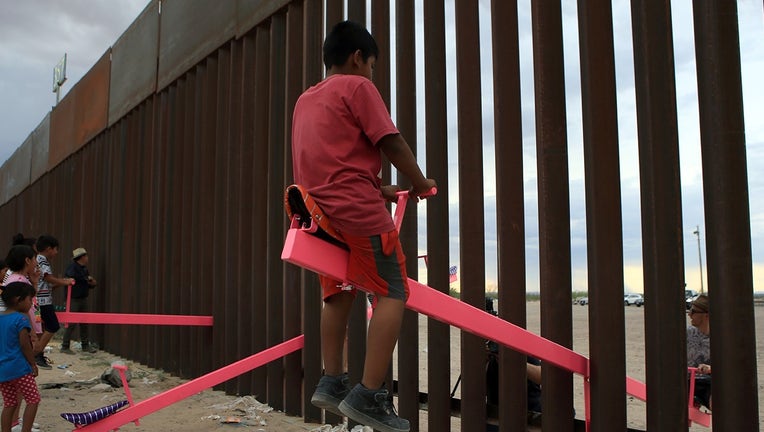 SUNLAND PARK, N.M. - A pair of professors built a set of fluorescent pink see-saws across the U.S.- Mexico border.

On Monday, custom-built see-saws were transported and installed at a border wall fence in New Mexico, according to the University of California Press. The wall separates the United States from Mexico.

The see-saw idea was conceptualized by U.C. Berkeley professor Ronald Rael and San Jose State professor San Fratello in 2009. It was introduced in a book titled 'Borderwall as Architecture: A Manifesto for the U.S.-Mexico Boundary.'

In an Instagram post about the see-saw's installation, Rael wrote that it was bringing "joy, excitement, and togetherness at the borderwall." He also wrote that with this see-saw, "relations and children and adults were connected in meaningful ways on both sides with the recognition that the actions that take place on one side have a direct consequence on the other side."

While this see-saw idea was conceptualized ten years ago, its installation was completed amid recent controversy over the Trump administration's border wall and the separation of undocumented children from their parents at the border.