Several freeway shootings were reported across Southern California over the 4th of July holiday weekend.

FOX 11 Digital Team - Hours after a father was killed and a teen was hurt in a shooting on the 60 Freeway, the California Highway Patrol said a second shooting was reported on the Southern California roadway over the July 4th holiday weekend.

On July 4, CHP Riverside officers were called to a crash involving a grey Volkswagen Jetta that ran off the road west of Day Street. While on the way to the scene, they were told the victims left the scene in a different vehicle.

Arriving officers discovered the Jetta was on an embankment on the left shoulder of the westbound side of the 60 Freeway at the northbound 215 Freeway split. Officials found the car empty with five bullet holes on the righthand side and blood in the passenger seat.

Just before 8 p.m., the CHP was alerted that the victim arrived at the Riverside Community Hospital with gunshot wounds. The victim told investigators someone in a blue car pulled up next to them and fired shots.

It was unclear why the shooting occurred, but the victim did state a road rage incident may have occurred prior to the shooting. 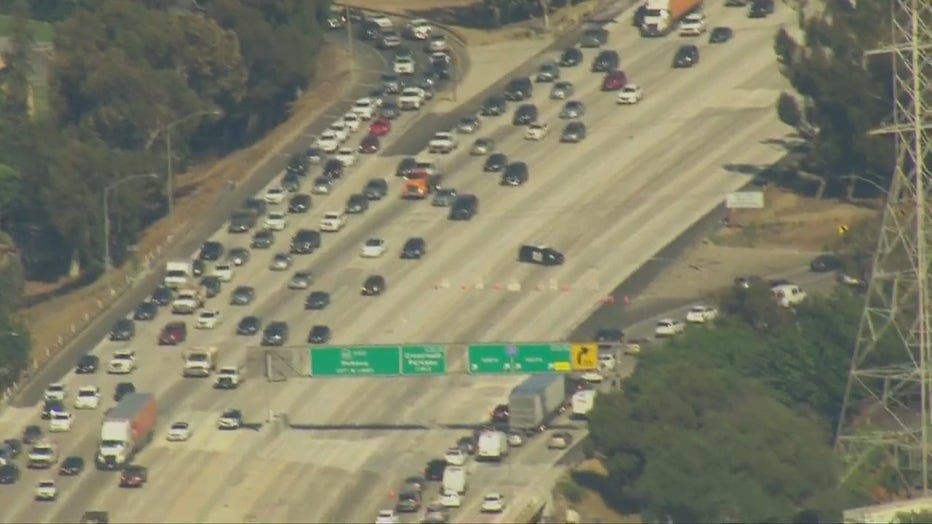 Earlier in the day, a man and his two children were wounded in a car shooting on the 60 Freeway that led to a multi-vehicle crash in Hacienda Heights just before 12:30 p.m.

A witness told CHP they saw the driver of a gray car open fire at a white Chevrolet Avalanche. Inside the truck were a father and his two teenagers, aged 16 and 13.

The three victims were taken to a local hospital where the father later died, authorities said. Their names have not been released.