LOS ANGELES - A man is dead and his two children were injured after a car-to-car shooting led to a multiple-vehicle crash on the 60 Freeway in Hacienda Heights Saturday afternoon.

The California Highway Patrol responded to a call on the 60 Freeway near East 7th Avenue a little before 12:30 p.m. Upon arrival, a witness told CHP officers that a gray car opened fire at a white Chevrolet Avalanche.

"At some point the right front passenger stuck his hand with a handgun out the window and fired several shots at the Avalanche and then sped away," CHP officer Marcos Iniguez said. 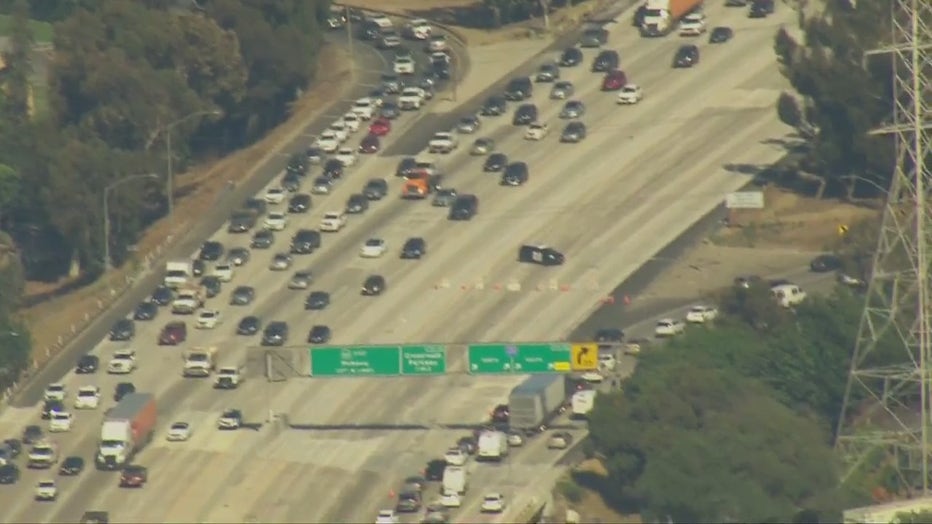 All three were taken to a hospital, where the father later died. Two teens, ages 16 and 13, were inside the Avalanche during the incident. The crash seriously injured the 13-year-old passenger. The 16-year-old, who was sitting in the back seat, suffered minor injuries.

As of Saturday evening, it is unknown if road rage played a factor in the deadly incident. No arrests have been announced in the shooting.