A shocking reversal of an endorsement of District Attorney Jackie Lacey by a prominent Democratic voice. Congressman Adam Schiff says he no longer feels confident supporting the embattled DA.

BURBANK, Calif. - Adam B. Schiff, D-Burbank, announced Saturday that he has withdrawn his endorsement of Los Angeles County District Attorney Jackie Lacey in her bid for a third term this November.

On Saturday, Schiff posted a statement on Twitter saying that the contentious nationwide uproar and calls for criminal justice reform after Minneapolis police killed George Floyd in custody led to his withdrawal of the support he offered last year.

Lacey's campaign staff confirmed that Schiff had informed them he was pulling his endorsement. 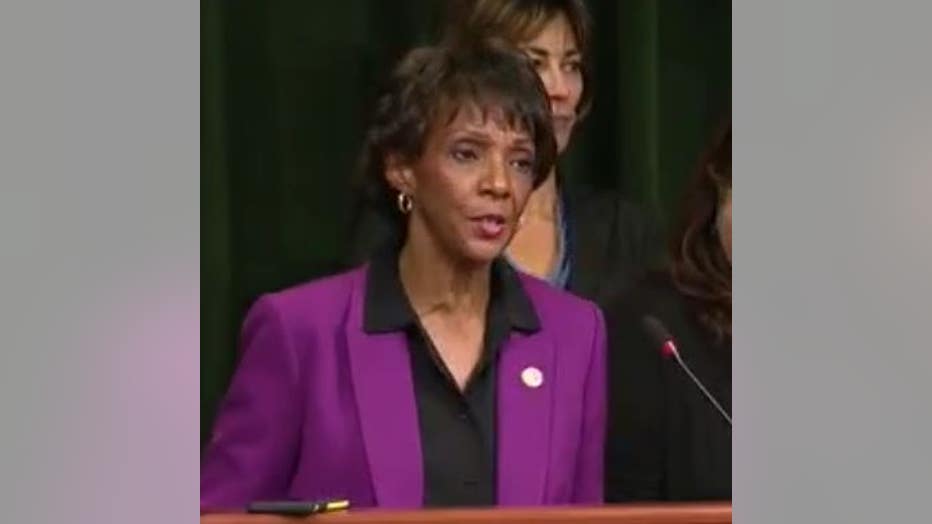 Schiff's announcement came the same day that about 100 protesters descended on a park near Lacey's Granada Hills home to demand she charge the LAPD officers who fatally shot Alex Flores and Daniel Hernandez in late 2019 and April 2020, respectively.

Family members of both men led protests, calling for her to be voted out of office.

Lacey has repeatedly refused to prosecute police officers involved in controversial shootings during her two terms in office.

Los Angeles Mayor Eric Garcetti also seemed to walk back his endorsement of Lacey last week, saying during an interview that "it may be" time for a change in the district attorney's office.