Two suspects are caught on camera busting open more than a dozen mailboxes. The business owner targeted by the suspect says it's the second time those guys stole mail from his Santa Monica business.

SANTA MONICA, Calif. - A group of suspects is wanted for targeting mailboxes in Santa Monica.

The business owner targeted by the thieves is calling for justice after their mailbox store was broken into twice by the same suspects, with one of the incidents caught on camera. In one of the surveillance videos shared by the business owners, the suspect is seen using a hammer to smash open the mailboxes.

The business, Montana Mail in Santa Monica, was targeted in the early morning hours of November 16. The two suspects are accused of breaking into 15 to 20 mailboxes before taking off with the stolen contents. The suspects used a U-Haul truck as a getaway vehicle.

The owners tell FOX 11 the same suspects broke into the business back in October 2022.

Now, the owner Jasmit Singh says he and his wife have both lost sleep trying keeping their eyes on their business.

"We're living in fear for the last four days since the second time it happened," Singh said. "We are just constantly up at night with our camera phone, with the video on." 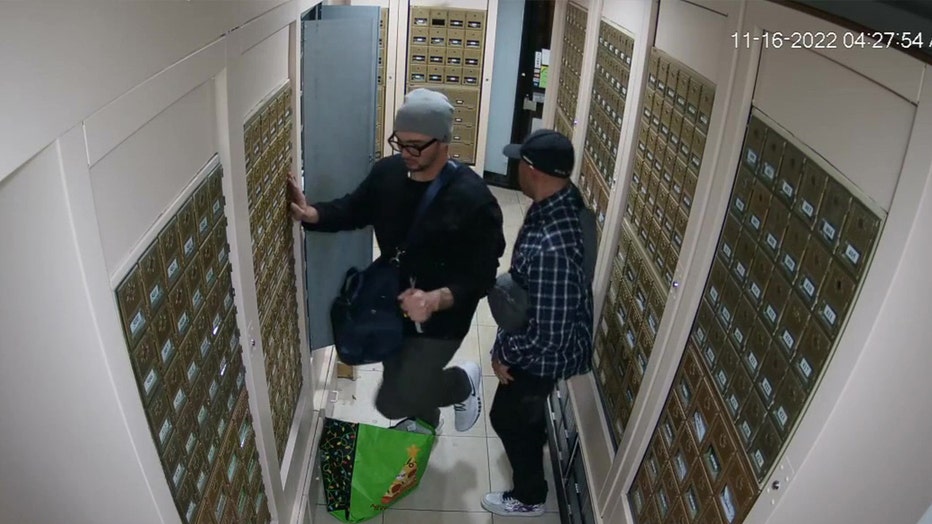 A group of suspects is wanted for targeting mail boxes in Santa Monica.

One thing worth mentioning is that mail delivery has been suspended for some Santa Monica neighborhoods due to carriers being attacked while on the job. Because of this, some Santa Monica residents rely on Singh's business to make sure they get their mail.