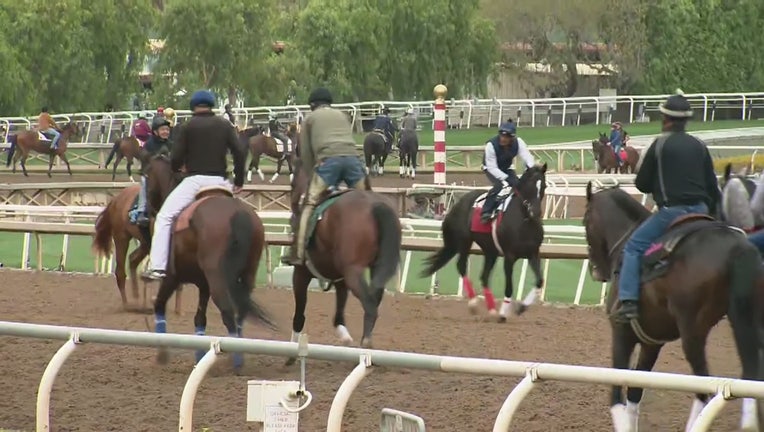 SANTA ANA, Calif. - Santa Anita Park will begin its 23-day autumn racing meet Friday under intense scrutiny prompted by the deaths of 31 horses at the track since late December.

Despite the excitement among horse-racing enthusiasts for that event, the sport as a whole has come under increased pressure in response to the spate of deaths during Santa Anita's most recent meet. Thirty horses died at Santa Anita between late December and June. A 31st died earlier this month during training.

Racing was halted at the track for most of March while examinations were conducted on the track. Races resumed April 4 after the state horse racing board approved a series of safety measures, and Santa Anita officials announced a series of steps aimed at bolstering the safety of horses at the track, including restrictions on certain medications, requiring trainers to get permission in advance before putting a horse through a workout and investing in diagnostic equipment to aid in the early detection of pre-existing conditions.

Santa Anita and the California Horse Racing Board also created a "safety review team" that evaluates all horses at the track. The panel of veterinarians and stewards has the authority to scratch a horse from a race if even one panelist questions the animal's fitness.

Santa Anita officials announced earlier this week it will have a seven-member veterinary inspection team for the autumn meet, led by Dionne Benson, chief veterinary officer for track owners The Stronach Group. The team will "oversee every aspect of Santa Anita's training and racing operation."

Track officials noted that all horses entered to run at the track will be "physically inspected at their respective barns.''

The death of a horse at Santa Anita earlier this month was the fifth training death to occur in Southern California since Santa Anita's closing day on June 23. Four horses died while training during Del Mar's seven-week meet. Two of the deaths came as the result of a freak accident on the second day of the meet when a horse threw his rider and ran headfirst into another horse, killing both animals instantly.