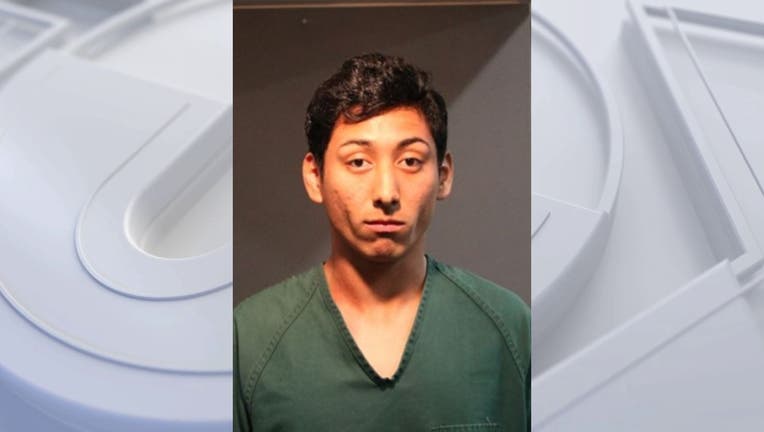 SANTA ANA, Calif. - An Orange County teacher's aide was arrested for allegedly showing lewd images to a group of minors on their way home from school.

It happened Tuesday around 3 p.m. according to the Santa Ana Police Department. Three underaged girls were walking home along South Renee Drive when they say 21-year-old Marvin Elias sitting in his car.

As the victims walked by, Elias allegedly called the girls over. When they approached, he showed them his phone which was "depicting a lewd photograph," police said. The girls immediately left the area and contacted police. Elias was subsequently arrested.

During their investigation, police learned that Elias was a teacher's aide at McFadden Intermediate School in Santa Ana since May of this year.

SUGGESTED: LAPD looking for man who raped woman hiking on trail along Mulholland Drive in Encino

Elias was booked at the Orange County Jail is being held on $20,000 bail.

Police believe that there may be other victims. Anyone with information was asked to call detectives at 714-245-8732.

In a statement to FOX 11, the Santa Ana Unified School District said it is "cooperating fully" with the investigation, but would not offer further comment.