Two suspects were in custody Friday in connection with a drive-by shooting in Santa Ana that killed a mother of three, who was not the intended target.

SANTA ANA, Calif. - The widowed husband to a mother of three held their 3-year-old son in his arms as authorities announced the arrests of two suspects in what Santa Ana Police are calling a gang-related homicide.

"This is truly a very, very tough case that really tugs at our hearts. All of our hearts. This is a mother of three boys. A true innocent bystander. At a store with her husband and 3-year-old son getting some food. And these people involved in this senseless murder have devastated this family forever," said Santa Ana Police Chief David Valentin. "We're days away from you know, we're in the holiday season. We're days away from whatever holiday you celebrate, Christmas or otherwise. And this will impact this family, not only this holiday season, but for the rest of their lives."

Mark Remmers, 19, and Brooke Victoria Delacruz, 24, both of Orange, were booked on suspicion of murder in the fatal shooting of Maria Del Rufugio Mora, according to Valentin. 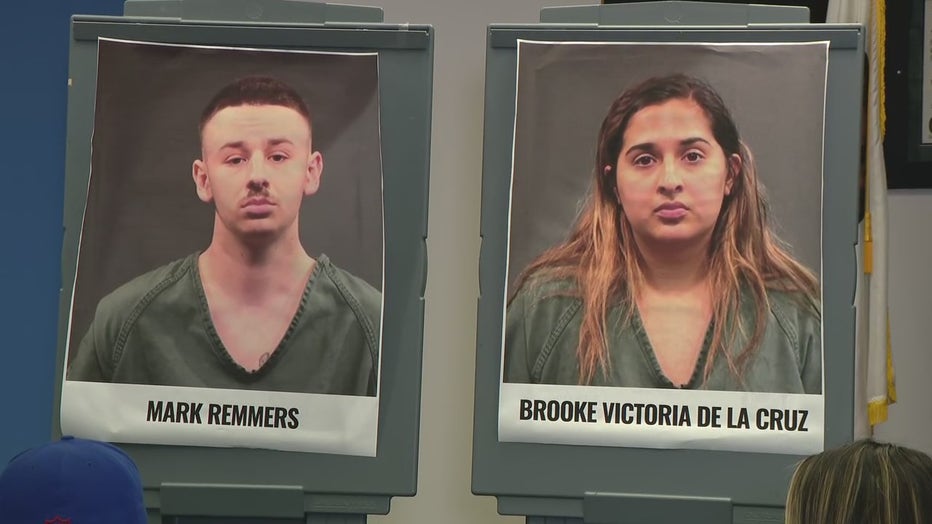 Mark Remmers, 19, and Brooke Victoria Delacruz, 24, both of Orange, were booked on suspicion of murder in the fatal shooting of Maria Del Rufugio Mora.

Remmers is the accused gunman, while Delacruz was allegedly behind the wheel of the car used in the attack, Valentin said. 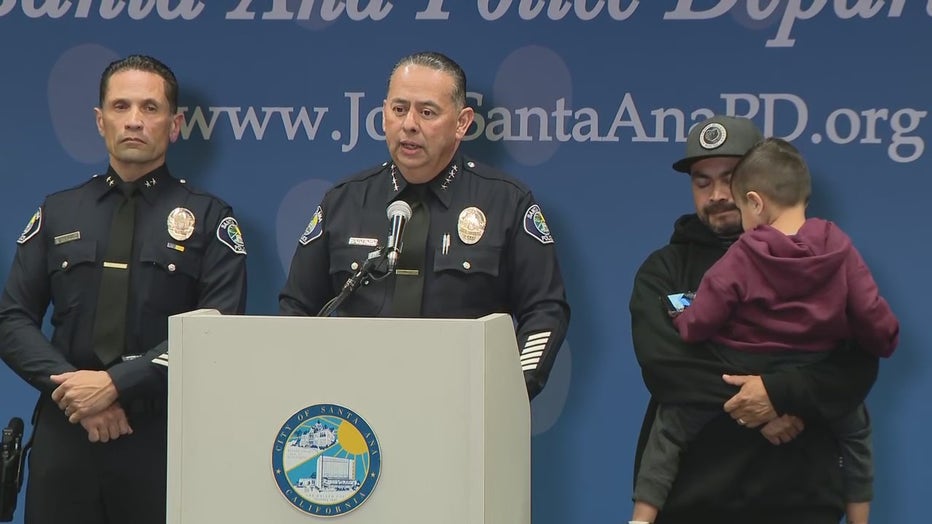 The widow of Maria Del Rufugio Mora held their 3-year-old son in his arms as authorities announced the arrests of two suspects in her death. (FOX 11)

Police were called just before 4:30 p.m. Dec. 4 to the 1400 block of South Cypress Avenue, Valentin said. According to the chief, the targets of the shooting were two teenage boys, but Maria Del Rufugio Mora of Santa Ana was struck in the upper body in a parking lot at 1473 S. Main St., the chief said.

A 36-year-old woman was fatally shot by a round meant for two teenagers who were running from a drive-by shooting in Santa Ana, authorities said.

The victim was taken to a hospital in critical condition, and she died five days later, Valentin said. 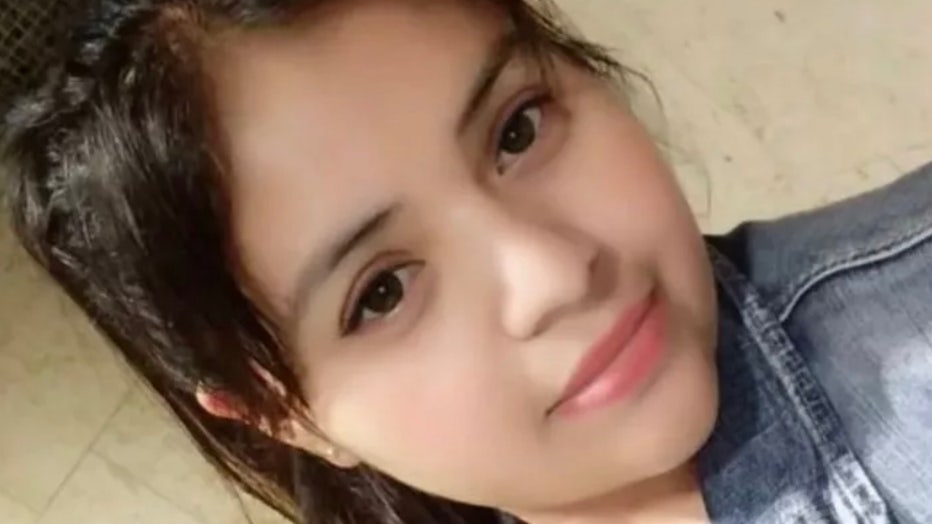 A GoFundMe was created after a mother of three was shot and killed in Santa Ana. The victim, identified as 36-year-old Maria Mora, was an innocent bystander. (GoFundMe) (GoFundMe)

With the help of video surveillance video police worked up a profile on a suspect car and it led them to the suspects, according to the chief.

Police are still seeking two other suspects in the car used in the drive-by, Valentin said.

A GoFundMe has been created to help the victim's family.