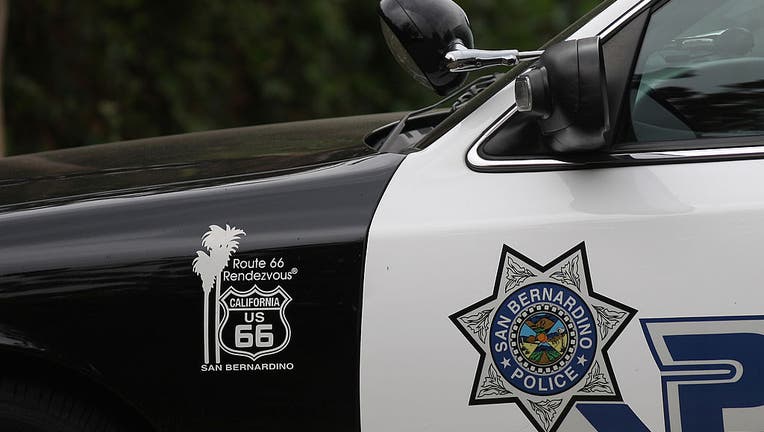 SAN BERNARDINO, Calif. - An off-duty San Bernardino Police Officer was arrested this week on charges of firing his service weapon in the parking lot of a local bar.

San Bernardino County Sheriff's deputies were called to Dogwood Tavern in Blue Jay just before 2 a.m. Sunday to reports of gunshots. According to witnesses, Fidel Ocampo-Rodarte, an off-duty officer with the San Bernardino Police Department, and several friends drinking at the bar. When he left the bar, according to deputies, Rodarte pulled out his service weapon and fired several shots into the sky at least twice. He and his friends then fled the bar in multiple vehicles, according to SBSD.

After identifying Rodarte as a person of interest, deputies searched the area for him, but could not find him.

Rodarte turned himself in to the Twin Peaks Station later that day. Deputies served a warrant at Rodarte's home and seized multiple firearms. Rodarte was arrested and faces charges of negligent discharge of a firearm. He was suspended from the San Bernardino Police Department while deputies continue to investigate.

"I'm extremely disappointed at what I have been told so far and what I saw on a copy of the business surveillance video," San Bernardino Police Chief Darren Goodman said in a statement. "The conduct is not something that is fitting of a San Bernardino Police officer, or any officer for that matter. While I will withhold judgment until the investigation has concluded, I will tell you that this is not what I expect, and this is not the conduct that represents the vast majority of our officers."