Three people are fighting for their lives at the hospital after a possible explosion at a Santa Clarita movie set Tuesday night.

SANTA CLARITA, Calif. - Three people are fighting for their lives at the hospital after a possible explosion in Santa Clarita Tuesday night.

The Los Angeles County Fire Department responded to a call of the possible explosion on the Rye Canyon Loop around 4:45 p.m. 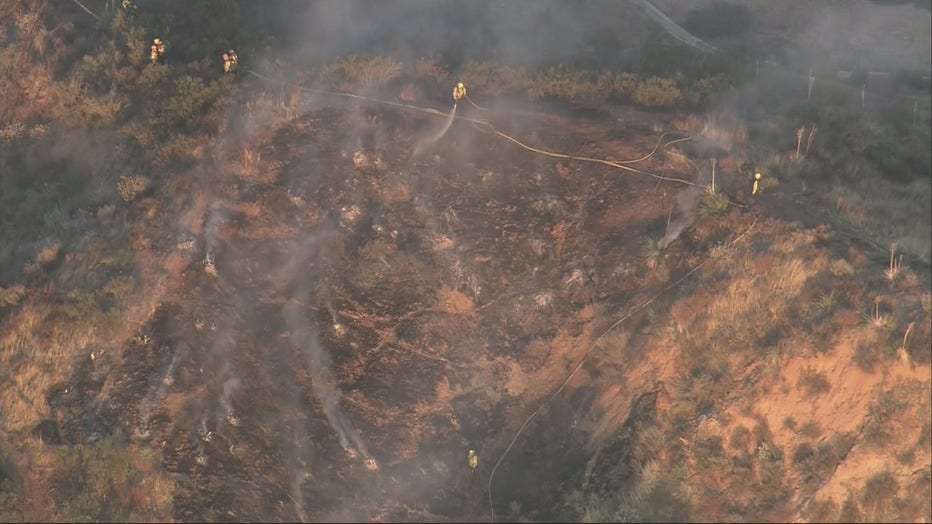 The fire, now called the Rye Fire, left at least three people critically hurt. At the time of the incident, officials believed the explosion happened at a movie set, but FOX 11 crews on scene later confirmed that the explosion took place at a nearby industrial park.