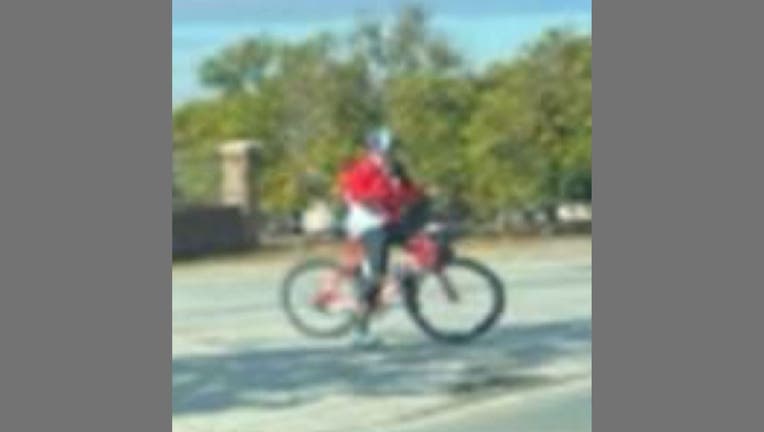 RIVERSIDE, Calif. - The Riverside Police are looking for a bicyclist suspected of hitting a driver over the head with a piece of wood on New Year's Eve.

According to Riverside PD, the incident happened just before 11 a.m. on New Year's Eve. A man in his 60s was driving near Bradley Street and Jefferson Street in Riverside when a cyclist who was part of a group allegedly hit his driver's side window. The man then got out of the car to confront the group. That's when officials say one of the cyclists started to assault the driver.

While that was going on, another cyclist grabbed a piece of wood out from the back of the car and started hitting the driver over the head with it. The driver suffered serious head injuries and was only released from the hospital last week.

Police are asking the public to help identify one of the cyclists caught on camera. Police did not release a detailed description of the cyclist. They do appear to be wearing a red top.