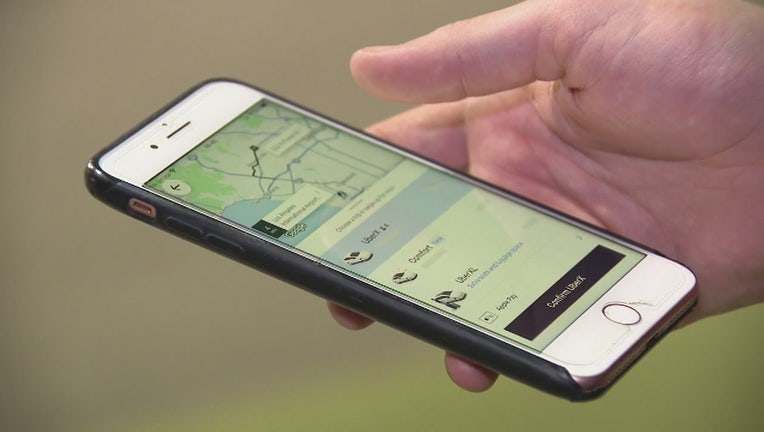 LOS ANGELES - People looking to use ride-hailing services such as Lyft and Uber might be in for some difficulty Wednesday, as many drivers are conducting a one-day strike for better pay and status under the law.

The group scheduled a rally near LAX at 1 p.m. Wednesday.

They say the companies have:

Prop 22, passed by California voters in November 2020, allows ride-hailing companies to avoid classifying drivers as employees. Rideshare Drivers United is also calling for the passage of the PRO
Act, short for Protecting the Right to Organize, which would expand protections for workers seeking to unionize. It passed the House of Representatives and has the support of President Biden.

Representatives for Uber did not immediately respond to a request for comment.

On its website, Lyft praises Prop 22 for allowing rideshare drivers in California to work "under a new model that gives them historic new benefits and protections: a healthcare stipend of up to $4,800 per year, workplace injury protections, and a minimum earnings guarantee, all while ensuring that drivers keep what they want most: flexibility and independence.''