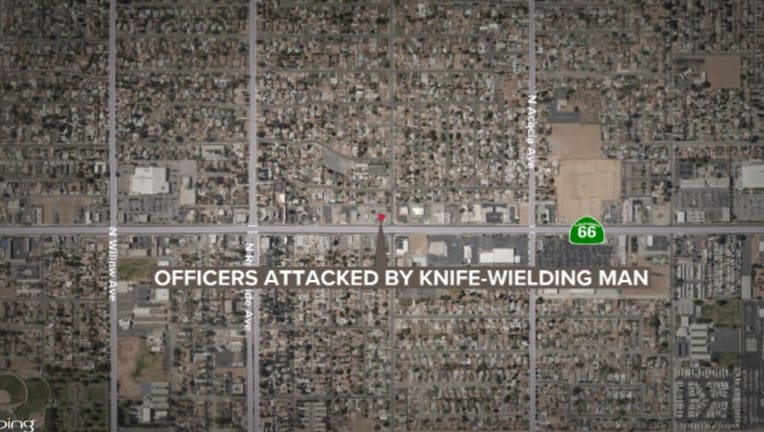 The Rialto Police Department responded to a call of a shooting at a gas station in the 200 block of East Boothill Boulevard. As the scene was under investigation, a man who police say had no connection to the shooting approached one of the officers and attacked the officer with a knife.

Two additional officers ran over to try and stop the man, later identified as 26-year-old David Viveros, of San Bernardino, Rialto PD said. Officers tried to use a Taser on Viveros twice but he kept attacking. Viveros attacked the two officers, stabbing one of them in the abdomen, according to police.

The attack prompted one of the officers to fire several rounds at Viveros, ultimately killing him.

Two officers were taken to the hospital after the incident.

Officials did not release the identity of the officer who opened fire during the deadly incident. Police did not say what prompted Viveros to attack the officers.