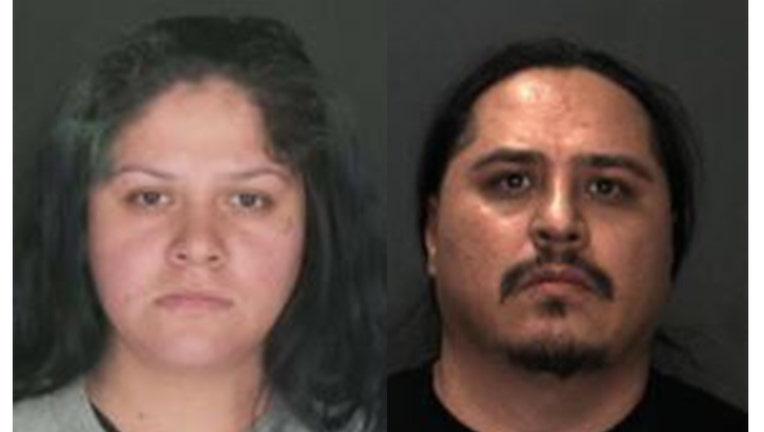 RIALTO, Calif. - A Rialto aunt and uncle have been arrested for allegedly torturing their five nieces and nephews over the course of four years, according to officials.

Jessica Salas-Ruiz and Fernando Inzunza were arrested last week following an investigation going back to August 2021. Back then, Barstow Police Department launched an investigation into claims that five juveniles, aged 11 to 17, had been abused for nearly four years while living with their aunt and uncle in Rialto.

When Rialto Police took over the investigation, the children told officers about the abuse they suffered, including branding, strangulation and even being shot with a pellet gun. Forensic evidence showed injuries consistent with the abuse the children described, according to police.

No other information was immediately available. Police are urging anyone with information about this case to call them at (909) 820-2632 or anonymously through WeTip at (800) 782-7463.