PALMDALE, Calif. - A person of interest is wanted in connection with the fatal shooting of a man who was sleeping inside his Palmdale home last week. 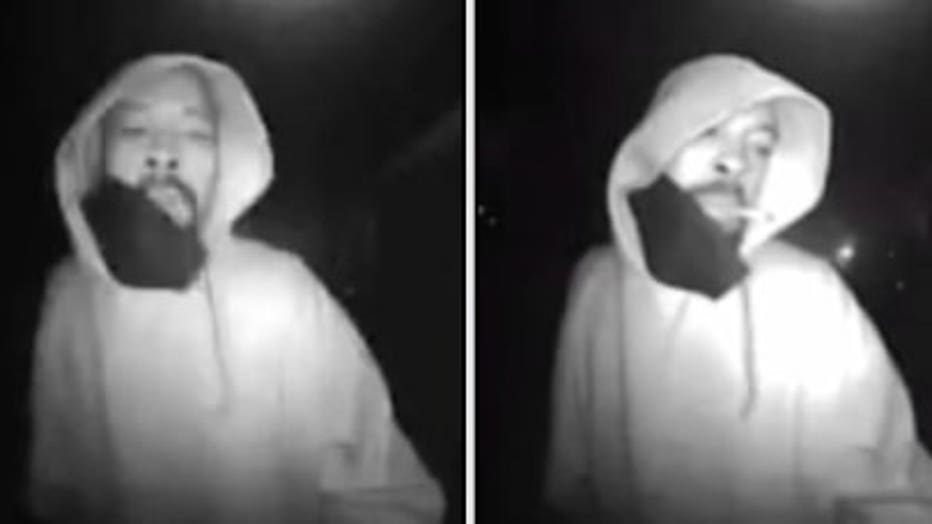 According to the Los Angeles County Sheriff's Department, the shooting happened on May 27 just before midnight.

That's when the victim, 32-year-old Dante Pickens-Horton, was shot multiple times while he was asleep in his home located in the 37300 block of Cedrela Avenue, officials said.

He was pronounced dead at the scene.

Authorities said the man seen in the photos released Tuesday was seen walking in the victim's neighborhood before the shooting.

The person of interest was wearing a light-colored hoodie, a black face mask, and appeared to be smoking a cigarette.

No other information was released.