An inside look into the crime archives of Sirhan Sirhan

FOX 11's Phil Shuman got a special inside look into the crime archives of Sirhan Sirhan, the man who assassinated Robert F. Kennedy.

SACRAMENTO, Calif. - Three bullets fired into Robert F. Kennedy in Los Angeles in 1968 changed the course of history. Now, his convicted killer Sirhan Sirhan is awaiting a decision from Governor Gavin Newsom as to whether he will be paroled after parole commissioners gave their ok.

While everyone waits, FOX 11’s Phil Shuman was granted extraordinary access to what’s called the "Robert F. Kennedy Assassination Collection," as preserved by the state.

It’s a historical treasure, filling parts of six floors inside the California Secretary of State’s offices in Sacramento.

The state of California archives was established way back in 1850 and is now run by Tamara Martin.

Inside a plain cardboard box on padding is the actual 8-shot Iver-Johnson Cadet revolver used to kill Kennedy. We could look, but not touch. 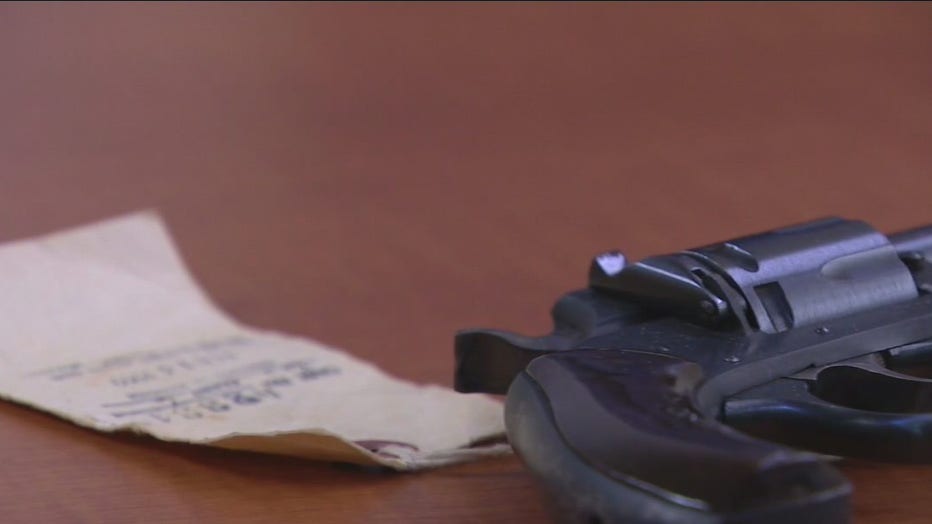 Reference archivist Beth Behnam showed FOX 11 the items in the collection, including the gun and bullet fragments stored in baggies. One tiny one stored in a test tube was taken from Kennedy's body and the other 5 wounded that night.

"Yes, these came out of people's bodies," Behnam said.

They also showed us the eight small spent casings discolored by age from Sirhan's gun.

The entire assassination collection is kept apart from most of the other 350 million items in what’s called the ‘’high-security vault" and while we were allowed broad access to the collection, our camera was not allowed in that area. State archivist Amanda Martin says that is standard protocol for such priceless items.

Martin said that when people see the collection, there's typically a lot of surprise and shock. 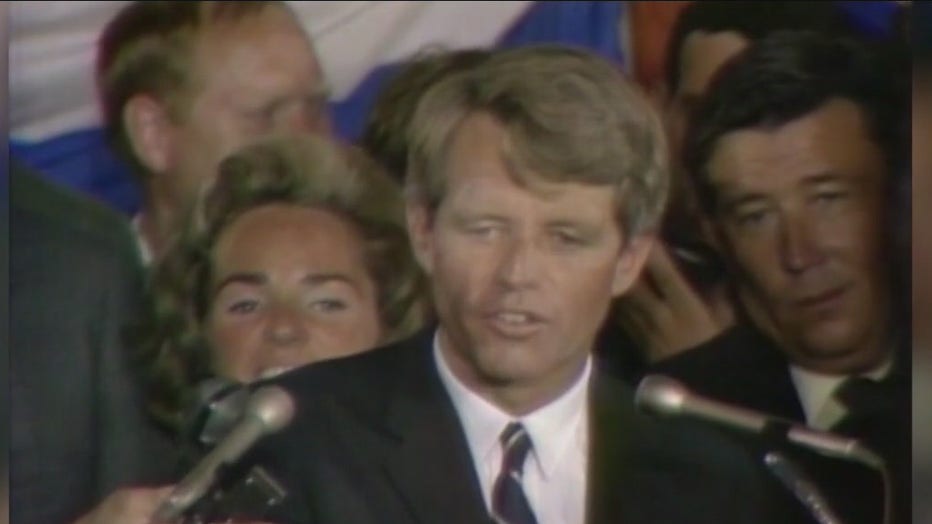 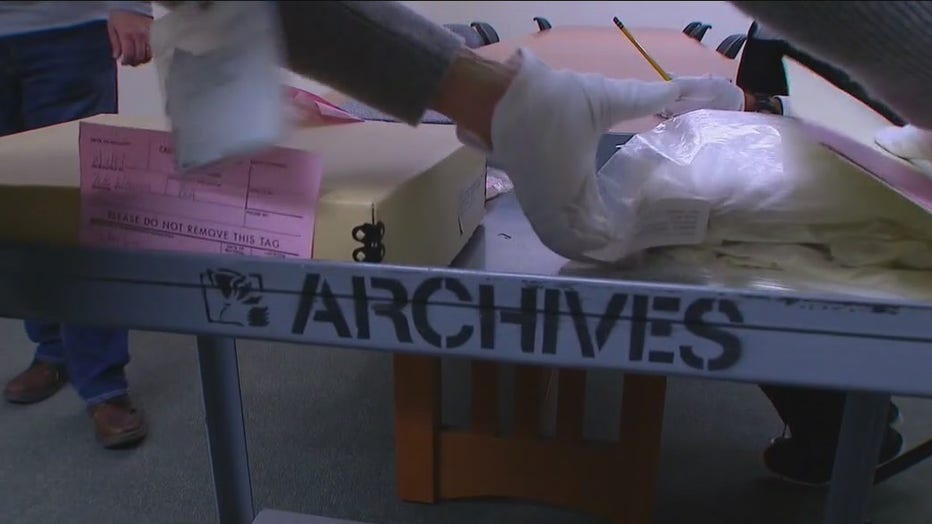 "Over just the materials being here... also just due to the graphic nature of some of the items contained within the collection," she explained.

Like the sheets from Kennedy's hospital deathbed, folded and sealed in plastic or the actual clothing convicted killer Sirhan Sirhan wore that night.

Also among the collection were photo booth snapshots of him as a young man in the San Gabriel Valley, booking photos from his arrest and even examples of Sirhan's own writings found in his house and later presented at trial.

FOX 11 covered the senator that terrible night on June 4, 1968. He was giving a victory speech at LA's Ambassador Hotel after winning the California Primary. Seconds after finishing his speech, Kennedy was lying face down on the floor of the hotel's pantry. Sirhan was later convicted of firing the three shots at him with that revolver his brother purchased from a neighbor for $25.

Present-day, there is renewed interest in Sirhan's case. Now 77, he was granted parole by two commissioners back in August of this year after 15 previous denials. 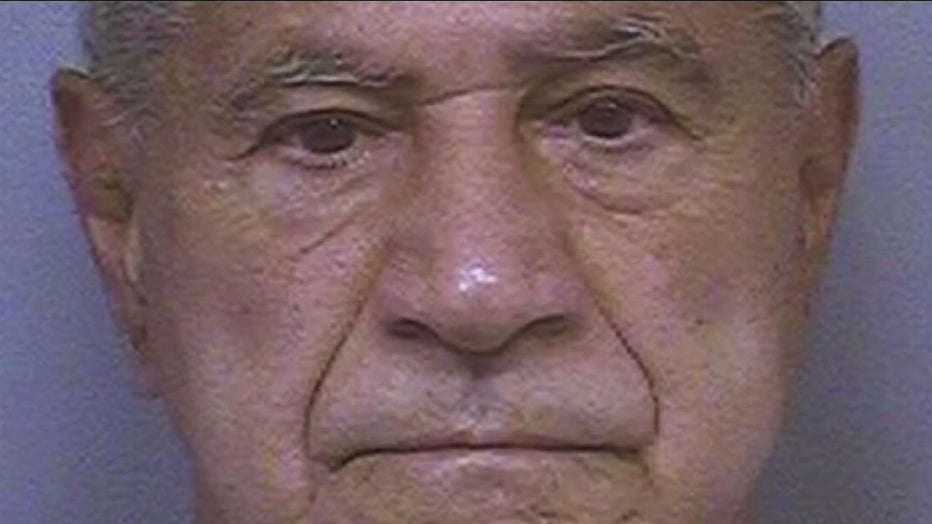 "I think it’s very important to preserve all these materials, all this evidence… people will wanna look at this over the years," said USC political science professor Bob Shrum.

Shrum was a 25-year-old Harvard law student when RFK was killed.

The long-time Democratic political consultant worked for Kennedy's brother, Ted, and is still close to the family. He adamantly opposed parole for Sirhan.

All the pain. All the memories.

Governor Newsom spoke of something similar when he told FOX 11 about all of the messages he’s received since the parole board's decision.

"The stories and emails and text messages… not just yes or no… they're expressions of their memories of that time," Newsom said.

The key question: Will Sirhan actually get out?

His parole is still under legal review. If approved, then it will be a decision for the governor, who said Robert Kennedy was a personal hero of his.

"The process has to unfold. It hasn't come to me formally," explained Newsom. "If I get in the middle of it, it could put the entire process at risk."