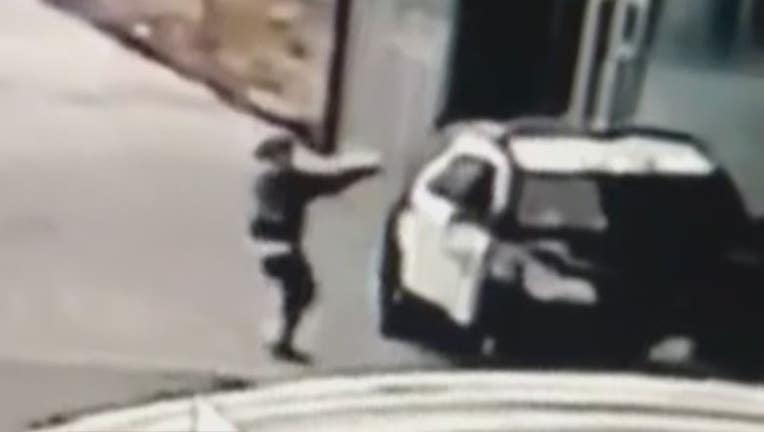 LOS ANGELES - The reward for information leading to the arrest and conviction of the suspect who opened fire on two Los Angeles County sheriff's deputies at a Compton rail station has soared to $640,000, and more than $800,000 has been donated toward their medical care, Sheriff Alex Villanueva said Thursday.

One of the deputies, a 24-year-old man, was released from St. Francis Medical Center in Lynwood Wednesday and is recovering at home according to Villanueva.

The other deputy, a 31-year-old mother of a 6-year-old boy, remains hospitalized.

The sheriff said the $640,000 reward offer is a combination of funds offered by public and private entities. The county Board of Supervisors alone offered $100,000 toward the reward.

The Los Angeles County Board of Supervisors formally ratified its $100,000 reward offer Tuesday. The county's Metropolitan Transportation Authority added $25,000 to the reward, noting that the deputies were working for Metro's Transit Services Bureau at the time of the shooting.

The League of United Latin American Citizens added another $25,000 to the reward money, and the Association for Los Angeles Deputy Sheriffs, the union that represents the department's deputies, announced it was donating $75,000.

"The outpouring of support from throughout the nation has been overwhelming and I thank each and ever person,'' he said, adding the money will hopefully "provide long-term care for both deputies involved.''

A GoFundMe page set up for the two deputies was set up by sheriff's Detective Keegan McInnis. As of Thursday night, over $657,000 has been raised. Their goal is set to $750,000.

The sheriff said the investigation is "progressing well,'' with detectives following "numerous and substantial leads,'' but a suspect has not yet been identified and no arrests have been made.

Investigators are trying to identify a person who can been seen on the widely viewed surveillance video that captured the Saturday night shooting. 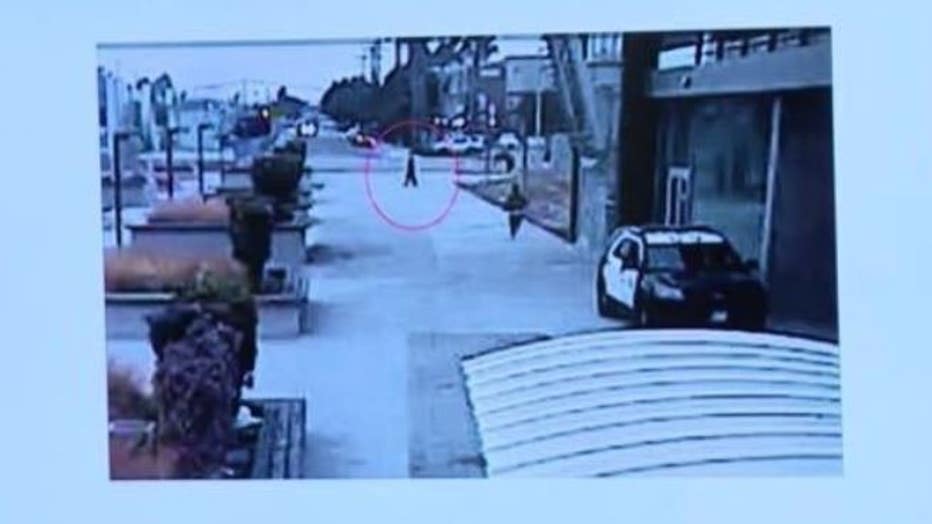 The person is seen in the background of the video, walking past the rail station as the shooter runs in the person's direction.

"We know that person was there and saw that suspect run right by,'' Villanueva said.

Detectives are hoping the person will come forward, but Villanueva said the surveillance video is too grainy to provide any detailed description of the person.

The deputies were shot at 7 p.m. Saturday at the Metro A (Blue) Line station at Willowbrook Avenue and Palmer Street as they sat in the front seat of a patrol SUV. Surveillance video shows the suspect approaching the patrol vehicle from behind, walking up to the passenger side of the vehicle, pulling out a handgun and firing through the passenger side window. The gunman is then seen running away.

The shooter was described by the sheriff's department as a "male Black, 28- to 30 years old, wearing dark clothing, who was last seen heading northbound on Willowbrook Avenue in a black four-door sedan.''

Sheriff's officials suspect a separate getaway driver was also involved in the attack, and that person is also being sought.

Villanueva said earlier the deputies were fortunate to have avoided fatal injuries in what amounted to a point-blank shooting. The female deputy was shot in the jaw, while the male deputy suffered a wound to the forehead and arm.

Both deputies were sworn in just 14 months ago.