LOS ANGELES - A reward of up to $5,000 is being offered for information leading to the arrest of a man allegedly involved in the murder of his ex-girlfriend in Los Angeles more than 20 years ago, the FBI said on Wednesday.

The victim was found in December 1997 in her home with a shotgun wound to her upper torso, according to the agency. 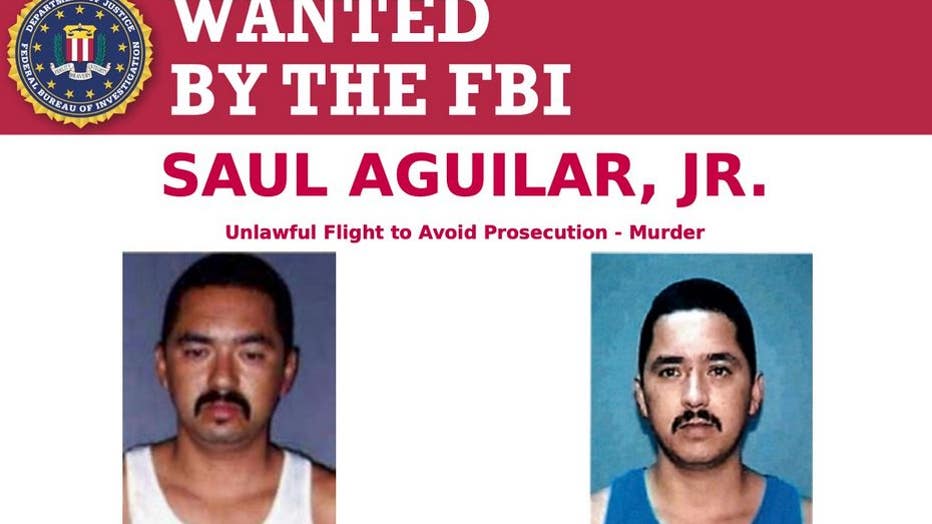 He is described as Hispanic, about 5-feet-8 inches tall, 170 pounds,with black hair and brown eyes. He also has multiple tattoos, including a picture of a man and a woman, an Aztec warrior on his back, "Saul" on his chest, "Aguilar" on his stomach and "Surenos" in an unidentified area.

Aguilar is "reportedly a heavy methamphetamine user," and has ties to Mexicali, Mexico, according to the FBI.

Anyone with information about his whereabouts is encouraged to cal ltheir local FBI office or the nearest U.S. embassy or consulate.