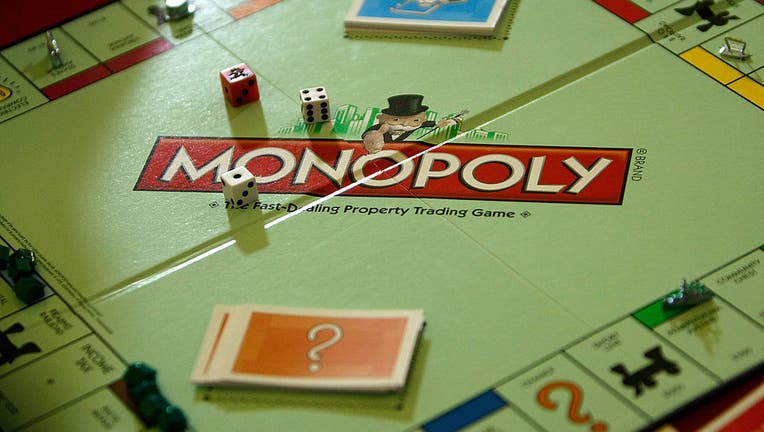 WASHINGTON - APRIL 15: A Monopoly game is seen during the Monopoly U.S. National Championship tournament at Union Station April 15, 2009 in Washington, DC. 28 finalists are competing for the title of National Champion who will represent the U.S. in t

Monopoly fans have voted for the thimble to leave retirement and re-enter the game.

But that means another taken must leave the game, and this time it’s the T-Rex.

"And just like that, the players have made the T-Rex token extinct," game officials continued. "Pick up your copy of Monopoly with the current token line up (including the T-Rex) today before that giant meteor comes crashing down."

RELATED: Monopoly fans to vote on which 'throwback token' should return

In 2017, the boot was booted, the wheelbarrow was wheeled out, and the thimble got the thumbs down in an updated version of the board game Monopoly. In their place was a Tyrannosaurus rex, a penguin and a rubber ducky.

The board game was "born" on March 19, 1935, when Parker Brothers acquired the rights to it. In the decades since, an estimated 1 billion people have weighed the merits of buying up utilities and railroads or trying to hit it big with Boardwalk hotels.