Speaking to KTVU after Antioch police arrested a suspect in an attack that cost her, her right eye, a 19-year-old restaurant manager says of the brutal attack, "It completely derailed my life." She plans on pursuing a medical degree.

ANTIOCH, Calif. - A 20-year-old man was arrested Monday for allegedly beating the manager of an Antioch burger restaurant so viciously that she lost an eye last month.

White-Carter was wanted in the Nov. 12 assault on Bianca Palomera, 19, that was captured on video. Palomera, an assistant manager at The Habit Burger Grill in Antioch, lost her right eye due to repeated punches by the man, officials said.

Palomera had told the attacker to leave because he was bullying an autistic teenage boy.

"I felt a little bit relieved. There's a lot of thoughts that go in my head. This person is clearly unsafe," Palomera said following the arrest. "He should be off the streets. Not around people."

Another worry is retaliation from either the suspect or his supporters.

Police Detective John Cox said he interviewed the suspect. He said White-Carter admitted to being at the crime scene and being involved. Cox declined to say why the suspect had been arrested in Antioch last year.

"It completely derailed my life. There are a lot of struggles, but I have to move around them." 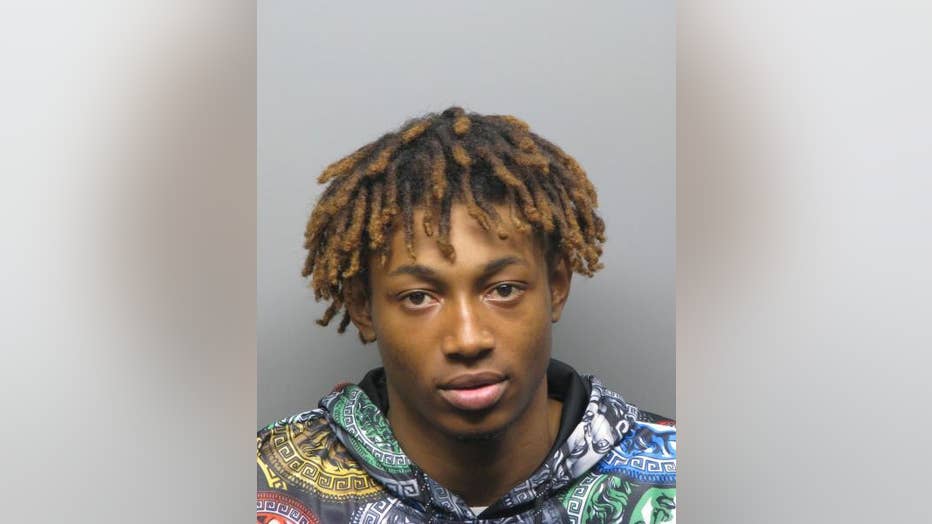 A 19-year-old manager of Habit Burger in Antioch lost her right eye when she was repeatedly punched allegedly by a customer whom she had told to leave the restaurant for bullying a child with special needs.

Doctors had to perform emergency surgery on Palomera's right eye but were unable to save it. Palomera said doctors will put in a prosthetic eye once the wound heals, but that she suffers from headaches.

Palomera said she endured two racial slurs during the attack in addition to misogynistic degradation: being called the "b-word."

She said she doesn't regret defending the boy who was allegedly being bullied by the suspect, but that she has anger about what happened.

Following the assault, she had previously told KTVU, "Honestly, it's all really just still new to me. I don't think I have fully processed it or even began to process it. I'm just trying to move forward with my eye."

Now, she said she plans on going back to school to pursue a medical career.

"It completely derailed my life. There are a lot of struggles, but I have to move around them," she said.

White-Carter is being charged with felony mayhem and aggravated assault causing great bodily injury, police said. His bail is set at $225,000. He's being held at the Martinez Detention Facility.

Palomera said she plans on attending White-Carter's court hearings in this case.