The facility was the site of the 2015 gas leak that forced thousands of people from their homes and became the largest methane release in U.S. history. 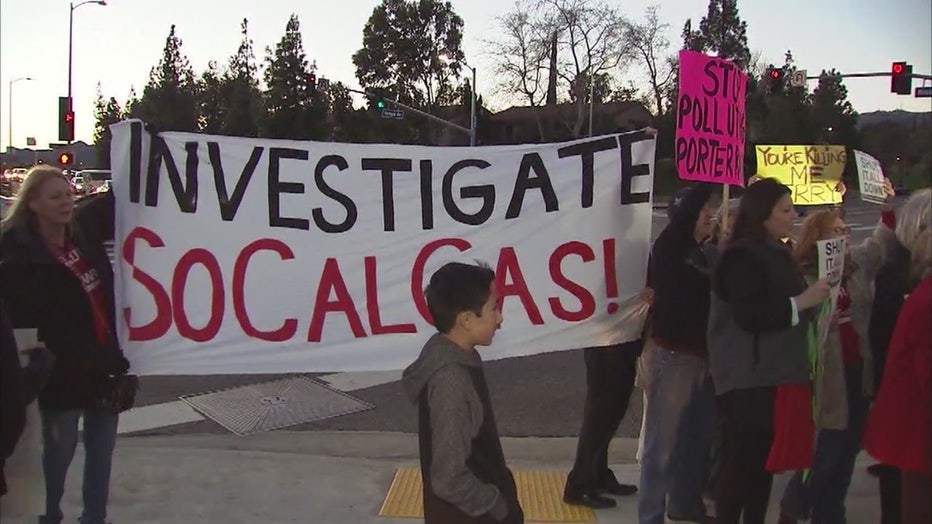 Residents taking part in the rally said they are still suffering from health issues, including nausea, headaches and nosebleeds, stemming from the leak that began in October 2015 and took roughly four months to cap.

Ralliers were demanding Governor Newsom reverse the measures that have allowed Aliso Canyon to continue their withdrawals and demanded a timeline to ensure closure of the facility within one year.

Newsom issued a letter in November 2019 to expedite the shutdown process, but residents say they continue to be exposed to the toxic chemicals that threaten their health because Newsom has yet to follow through on his promise.

“Newsom says he wants an expedited shutdown, but under his watch, it’s actually been used 1,000 percent more than last season,” said Matt Pakucko of the residents' group Save Porter Ranch.

Southern California Gas Company, which operates the facility, has long said that Aliso Canyon is critically needed to meet the region's energy needs — as it provides energy to four natural gas power plants in the area.

Pakucko said he and other residents are not convinced that's accurate, referring to it as "blackout blackmail."

"The place was not used for the better part of two years after the blowout and then after that, still, it was only used for emergencies — which they used it a few times in three years,” Pakucko claimed. “There was no blackouts, there was no curtailments. Everyone had their gas, their homes were warm, their power was on so that’s a lie by SoCalGas.”

FOX 11 has reached out to the office of Governor Newsom for a statement and is waiting to hear back.