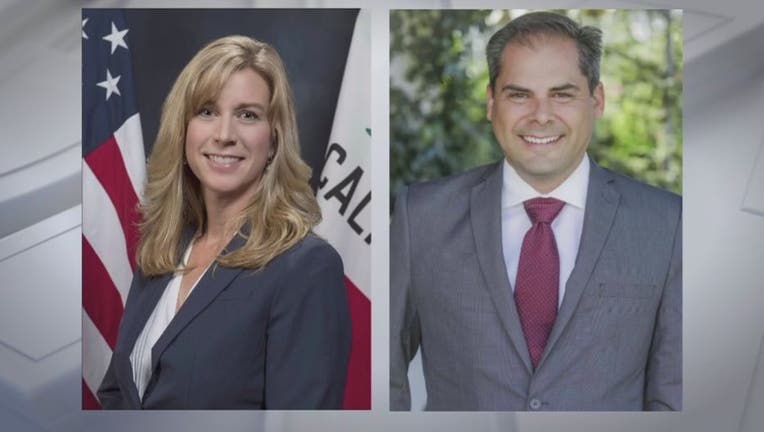 One candidate declares victory. The other saying congrats not even waiting for all the ballots to be counted in the controversial election for Congressional 25th District.

"After seeing more results last night, it is clear that our message of lower taxes and ensuring we don't take liberal Sacramento dysfunction to Washington prevailed,'' Garcia said in a statement Wednesday morning. "I'm ready to go to work right away for the citizens of the 25th Congressional District.''

Garcia's victory marks the first time a Republican has won a congressional seat in California that had been held by a Democrat since 1998, when then-Assemblyman Steve Kuykendall defeated Janice Hahn to win the South Bay seat vacated by Jane Harman to unsuccessfully run for governor. Harman
defeated Kuykendall in 2000.

At stake in Tuesday's election was the right to serve out the remaining seven-plus months of Hill's term. Garcia and Smith will square off again in the November election for the chance to serve a full two-year term.

Smith said she looks forward "to having a vigorous debate about the issues in the upcoming November 2020 election, from health care access to job creation, aid for working families, investments in local classrooms to wildfire protection, women's rights and more, in the months ahead.''

She added that "there is no doubt in my mind that together, we will prevail in the fall general election.''

Smith, D-Santa Clarita, was trying to become the second consecutive Democrat to win what had been a seat long held by Republicans until Hill's 2018 victory over then-Rep. Steve Knight.

Garcia is a graduate of Saugus High School and the U.S. Naval Academy. He was a Navy fighter pilot during the Iraq War and became an executive with the aerospace firm Raytheon Co.

Garcia announced his candidacy on April 10, 2019, slightly more than two months after Hill took office. He said his experience in the aerospace industry "along with my military credentials makes me uniquely qualified to tackle the national security issues this nation is facing.''

Smith, was elected to the Assembly in 2018 after serving two terms on the governing board of the Newhall School District. She began her career in public service as analyst with the U.S. Department of Education. She has lived in Santa Clarita for 39 years, graduating from Hart High School, then attending College of the Canyons and receiving a bachelor's degree from UCLA.

Both candidates had presidential support. Trump tweeted his endorsement of Garcia April 20, tweeting that he "will be a tremendous fighter for the U.S. and the State of California.'' Former President Barack Obama recorded a robocall on Smith's behalf.

Hill announced her resignation Oct. 27 and it became effective Nov. 3, following the release of salacious photos online and allegations of an extramarital affair with a staff member.