LOS ANGELES - With Santa Ana winds returning to the Southland and dramatically raising the risk of wildfires, "Red Flag No Parking Restrictions" will be in effect in Los Angeles starting at 8 a.m. Thursday to ensure that parked vehicles do not delay firefighters reaching blazes or residents evacuating.

Vehicles will be prohibited from parking on pre-determined narrow streets, hairpin turns, tight curves and key intersections, which are already marked with signs from Caltrans.

Vehicles that are parked within "Very High Fire Hazard Severity Zones" will be towed during the restrictions, which will be in place until further notice, according to the LAFD.

"The fire service has learned from incidents such as the Oakland Hills fire and the Cedar fire that citizens becoming trapped in their vehicles,while evacuating, can lead to a catastrophic situation," the department said.

LAFD station commanders surveyed their districts to identify areaswhere parked vehicles might delay evacuations and fire crews' access, and gave the data to Caltrans, which began posting 1,700 signs to mark the restrictions on Jan. 1, 2006, according to the LAFD. 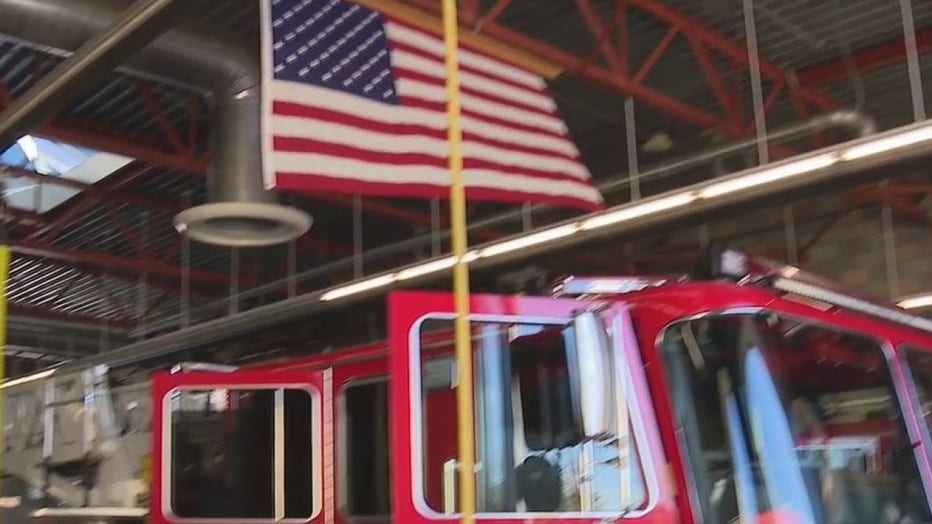 The National Weather Service issued red flag warnings denoting conditions ripe for wildfires in most of Los Angeles and Orange counties,beginning Wednesday night and continuing into the weekend.

In Los Angeles County, the warning will be in effect from 6 p.m.Wednesday until 10 p.m. Saturday in the Santa Monica Mountains Recreational Area, Los Angeles County mountains, Angeles National Forest and Santa Clarita Valley.

A separate red flag warning will last from 6 p.m. Wednesday until 6 p.m. Friday for the San Fernando and San Gabriel valleys, along with the coastal area, which extends to downtown Los Angeles.