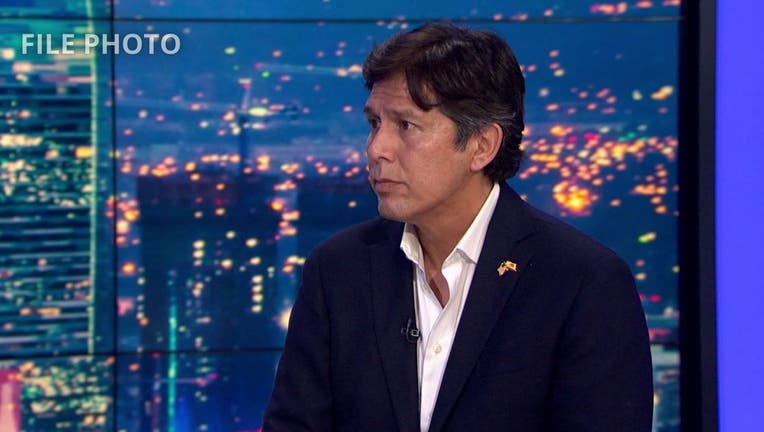 LOS ANGELES - A petition for the recall of Los Angeles City Councilman Kevin de León was terminated at the request of its leading proponent, but the effort could begin anew in January.

The petition was terminated Friday by Pauline Adkins, who was leading the recall effort, according to the Los Angeles City Clerk Election Division.

She added that the recall campaign is "far from over" and the group will re-strategize.

In a statement to City News Service Monday, de León said: "This misguided recall effort failed because voters refused to allow the recall process to be weaponized to subvert the electoral process and overturn election results. Residents recognize the real work that we're doing to address homelessness, develop affordable housing and clean up our district. If anything, this experience demonstrates why our recall process needs to be changed so that we don't continue to enable this kind of political exploitation in the future at the expense of taxpayers."

Adkins and the other recall proponents launched the campaign in part over anger about De León's efforts to build tiny home villages in Eagle Rock and Highland Park as interim housing amid a historic homelessness and affordable housing crisis in Los Angeles.

Earlier this month, de León opened the largest Tiny Home Village in the United States on a 6.8-acre site along the Arroyo Seco (110) Parkway in Highland Park, providing 224 non-congregate beds as transitional residences for people who are unhoused in the Highland Park community.

de León's office touted the project for its quick completion within 90 days and for costing less, at $55,000 per tiny home, than most other homeless housing options in the county.

When the recall campaign against de León was announced in July, he was the third council member to be the target of a recall, following Councilman Mike Bonin and Councilwoman Nithya Raman.

The effort against Raman ended on Sept. 13 after the group said it would not meet its Nov. 4 deadline, but a petition against Bonin was turned into the City Clerk on Wednesday with what recall proponents say are enough signatures to get on the ballot.

The Bonin recall effort organizer, Nico Ruderman, said the group collected 39,188 signatures from registered voters in Council District 11, while 27,317 are needed to prompt a recall election. The signatures will next go through a verification process by the city clerk.