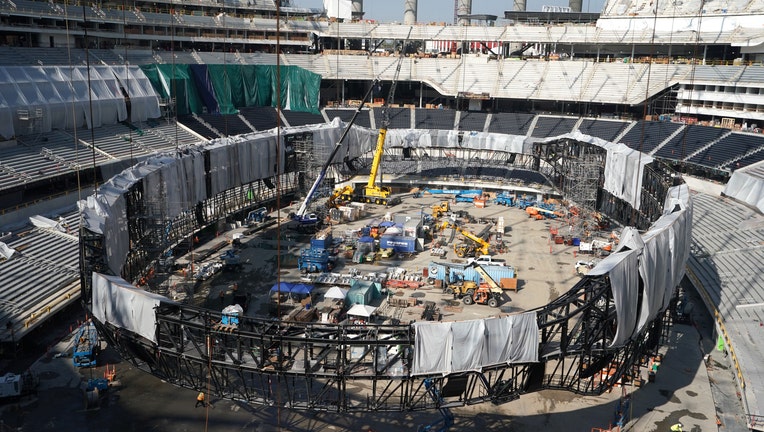 INGLEWOOD, CA - JANUARY 22: The giant Oculus 2-sided video board is being assembled inside on the floor of SoFi Stadium as it nears completion in Inglewood on Wednesday, Jan. 22, 2020. (Photo by Scott Varley/MediaNews Group/Torrance Daily Breeze via

LOS ANGELES - The Los Angeles Rams finally have a date and an opponent for the long-awaited opening of SoFi Stadium, the multibillion-dollar reason for their return to California over four years ago.

The Rams still don’t know for sure whether they’ll actually be able to have their big Sunday night against the Dallas Cowboys on Sept. 13. Even if it happens, they don’t know whether there will be fans in the stands of their palatial new home for its first football game.

The coronavirus pandemic is occurring during a historic year for this NFL franchise. The unprecedented circumstances are dismaying to coach Sean McVay, but he hasn’t given up hope of a proper homecoming for the Rams.

When asked Friday on a video conference call about the likelihood of opening SoFi Stadium in four months without fans, McVay said: “We certainly hope that that’s not the case.”

“But we’re not going to speculate on any of that,” he added. “It’s still so far away. I mean, think about how much has taken place even (in the last) two months that we’ve been in these quarantine positions, I think we’ll just let it play itself out. It’s still going to be a football game, and we’re hopeful that it’ll be as normal as possible, but obviously the health and safety of everybody is the first and foremost consideration.”

Everybody involved with the NFL is spending this unusual spring conducting their offseason business through computer screens and remote workouts. The Rams are no different, and McVay is virtually gathering his rookies together this weekend, including running back Cam Akers and receiver Van Jefferson. 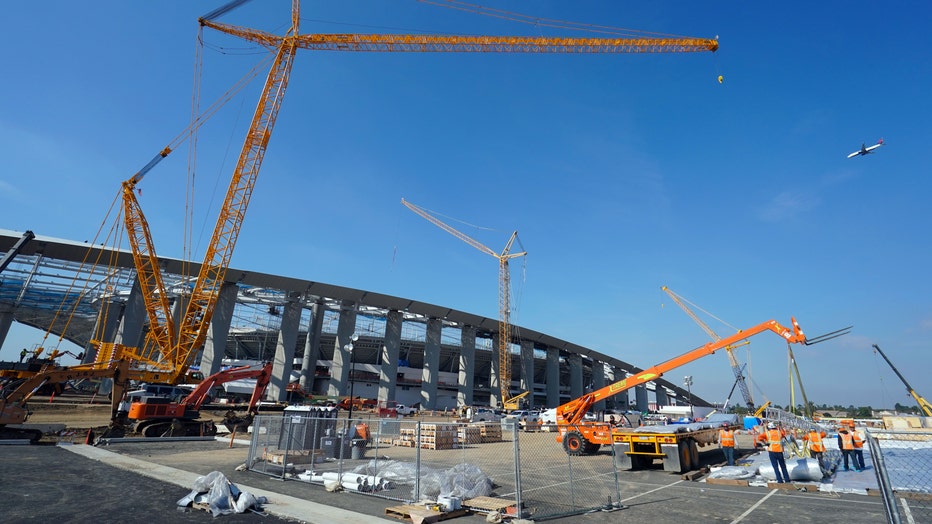 McVay, whose passion for the methodology of teaching and leadership is well known, has also used this down time to learn. He recently spent time speaking with Arsenal manager Mikel Arteta after being connected through the Kroenke family, which owns both teams.

“He is really an impressive guy,” McVay said of Arteta, the ex-Arsenal midfielder who became Pep Guardiola’s coaching protege at Manchester City before taking over in North London last December. “I think he’ll do a great job, and I’m certainly a fan of Arsenal and love following them, just through those relationships, through the Kroenke family. But it was more than anything a chance for us to connect, kind of share some ideas.

But the upcoming season was thrust to the forefront of most teams’ minds by the release of the schedule this week. The Rams, Chargers and Raiders are all opening new stadiums this year, nearly a half-decade after Rams owner Stan Kroenke won the intense three-team competition for the lucrative right to return the NFL to Los Angeles.

Kroenke got his fellow owners’ approval in large part because the billionaire married to a Walmart heir had a compelling, well-financed plan to build a flagship NFL stadium in the nation’s second-largest metropolitan area. SoFi Stadium is rapidly nearing completion as workers push on amid the pandemic, and it will be a major venue for sports in the nation over the next decade and beyond.

But its foundational tenants might open it with no fans in the stands, with only their own shouts and cheers from the field and sideline.

When asked if he could imagine the reality of such a thing, McVay chuckled.

“I can, because I coached in the UFL my second year in coaching, and it felt like we didn’t play in front of many fans in some of those situations,” McVay said.

McVay was a 23-year-old receivers coach and offensive quality control coach for the Florida Tuskers of the defunct United Football League in 2009.

“It feels very similar to practice,” McVay said of that experience in the minor leagues. “I can probably yell across (to) the (far) sidelines for the other coaches to hear you. If that’s what it is, we’ll just be thankful to be playing in any form or fashion, but certainly the fans bring an added dynamic that we can’t match.”

When asked if he’ll have to watch his language when television microphones can hear his every word, McVay chuckled again.

“I think the cameras will have to bleep it out some more,” he said.